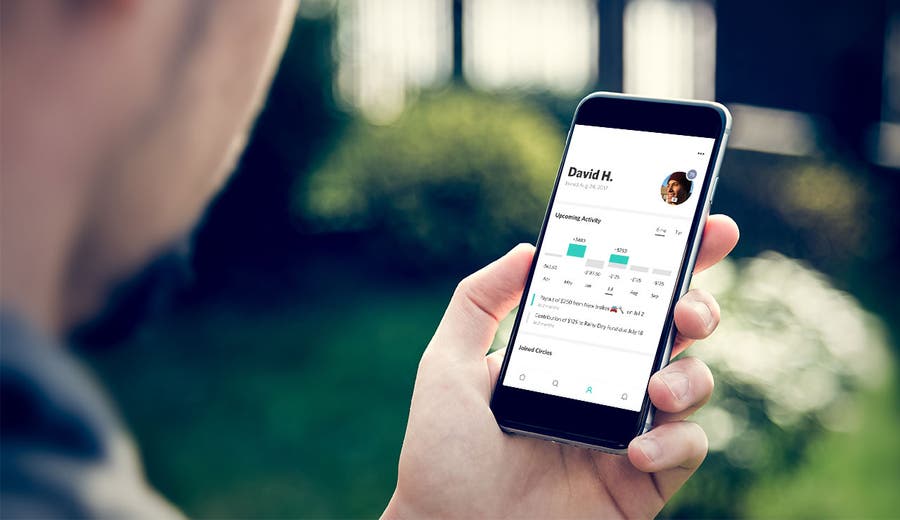 Americans struggle to save, and they love their phones. Yahoo Finance sees these two facts as one big opportunity.

Tanda, a new app from the Oath-owned company, looks to bring a centuries-old communal savings tradition to plugged-in millennials wary of financial institutions. How much they will trust a telecommunications behemoth with their money—Oath is a subsidiary of Verizon—is an open question.

The new product hopes to help with the savings struggle. Only 39 percent of Americans would be able to cover a $1,000 unexpected charge with cash on hand, according to a recent Bankrate survey, despite more than one-in-three experiencing just such an emergency over the past year.

You probably need more in savings, but is Tanda the best tool for you? Here’s what you need to know.

Suppose you want buy a new bike that costs $1,000, but you don’t actually have the money on hand. With a tanda, a traditional Latin American group credit association, you get funding from other people instead of opening a credit card and going into debt. Five people contribute $200 a month to a communal pot, and each month one member of the group collects all the money in the pot. When your month comes up, you can buy that bike.

Why would you keep contributing to a tanda even after you’ve received the kitty? Because defaulting on your obligation hurts your friends, who are counting on your continued contributions. If you hurt your friends, you’ll tarnish your reputation and lose out the benefits of being a respected member of society.

One study noted that a member of a tanda “may go to great lengths, such as stealing … in order to fulfill his obligations to his association; failure to meet obligations can even lead to suicide.”

Similar arrangements have been employed by civilizations around the world for centuries. It’s called susus in West Africa, for instance, and hui in Asia. More generally they go by the acronym Rosca, for “rotating savings and credit association.”

However, there are a few important differences between these ancient traditions and Yahoo Finance’s Tanda app.

Tanda makes you save

Many people need a motivating factor to save. A nudge in the right direction, such as auto-enrolling new employees in a 401(k), can lead to better financial decisions.

Another study found that self-help groups had a bigger effect on improving people’s savings rate—in this case low-income Chileans—than dramatically higher interest rates. Even getting a regular text message caused people to save more.

Yahoo Finance is counting on users to be more motivated to save in Tanda than they would be to put money into a savings account or CD.

Of course, traditional Roscas engage people who share the same social circles, thereby using social ties as an incentive to get members to make good on their commitments.

Yahoo Finance’s product unites people who are strangers, and compensates for this in two key ways. Tanda will fill in for a participant who doesn’t pay up, so no other member will get the short end of the stick. Additionally, participants will be vetted—they need to submit an ID and bank account number—and will have a score attached to their Tanda profile. Good behavior builds a better score.

So how does Yahoo plan to make money on this?

Members can choose to pay an 8 percent fee to be placed in pole position, or 7 percent for the second slot. Anyone who decides to go last gets a 2 percent bonus.

While savings account and CD yields are relatively low by historical standards, you still earn some yield. And you certainly won’t lose money. The maximum yield with Tanda is 2 percent, and if you’re impatient, it’ll cost you.

If you don’t have the time to save the $1,000 you need for that bike via Tanda, you’d be better off signing up for a credit card with a 12-to-18-month 0 percent APR introductory period and paying off the balance before the interest started to kick in.

Moreover, by using Tanda instead of establishing a strong credit history, you could end up with a weaker credit score when you want to take out a loan in the future.

Is Tanda right for you?

Only sign up for Tanda if you plan on occupying the last position to earn the 2 percent reward and you already responsibly use a credit card.

For most people, though, you don’t need to go to so much trouble to save.

You’re better off automatically siphoning $100 from each paycheck into a savings account through direct deposit. That way you don’t have to remember to save, and your emergency fund grows slightly larger every two weeks.

You could also make a pact with a friend where you each send a text every month as a reminder. How about a calendar alert?

There are simpler ways to save if you have access to financial institutions (from credit unions to giant banks). Roscas were created, after all, by those who didn’t.