When giving a savings bond to a child still makes sense 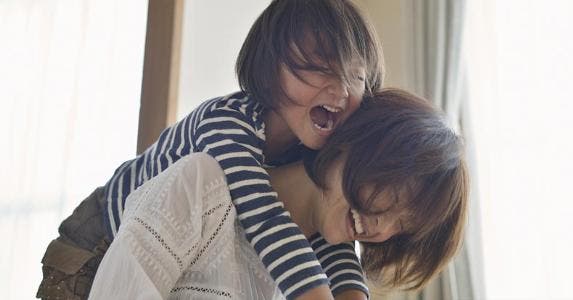 A savings bond is a bond sold to the public and issued by the government. It is a great gift for children because it’s a safe financial investment that helps them learn about money. Savings bonds are primarily bought through TreasuryDirect.gov.

Today there are 2 kinds of savings bonds:

Both come in denominations as low as $25. Though for years you could buy paper savings bonds over-the-counter at financial institutions, the government ended that practice in 2012; now they’re largely sold electronically.

Savings bonds are clearly not as popular today as they once were. Figures from the U.S. Treasury Department show an increase in electronic savings bonds as gifts, even as bond purchases overall have fallen dramatically.

Americans appear to have lost their appetite for savings bonds long before the government restricted paper bonds. That sharp decline in bond purchases actually dates back to at least 2001, according to the Government Accountability Office.

Not your typical online purchase

You also need to get the child’s Social Security number, which can be awkward.

“The idea of asking my friend for her baby son’s Social Security number was very strange to me and not something I would ever want to do,” says Sara Brady, a freelance copy editor in Alexandria, Virginia, who had wanted to buy a bond as a baby gift back in 2009.

Adding to those hurdles, TreasuryDirect’s user experience can be exasperating. Victoria Pater, a product designer in Chicago, tried to buy savings bonds for her 5 nephews last Christmas but gave up because there were too many steps. “I was like, ‘Why is this so hard? I’m just trying to give (TreasuryDirect) my money,'” she says.

Treasury officials recognize that giving savings bonds as gifts through TreasuryDirect can be a “cumbersome process,” according to a 2015 report from the U.S. Government Accountability Office. That report says Treasury is working on a replacement for TreasuryDirect that will be easier to use and could simplify the gift-buying process for savings bonds.

Meanwhile, it is still possible to buy paper versions of Series I bonds as gifts. You can do this with your IRS tax refund through the Tax Time Savings Bond program, which Treasury has been extending on an annual basis.

A waiting game for paltry returns

From an investment standpoint, today’s savings bonds aren’t the gifts they once were. EE bonds issued in the 1980s had rates of return of 6% to 9% per year.

A savings bond “is just not a great investment, at least not today.

In comparison, EE savings bonds issued through April 2016 earn an annual fixed rate of 0.1%. These are guaranteed to at least double in value in 20 years and earn interest for 30 years.

The composite rate for I bonds issued through April 2016 is 1.64%, a portion of which is indexed to inflation every 6 months. They also earn interest for 30 years. (Treasury sets rates for savings bonds each May and November.)

A savings bond “is just not a great investment, at least not today,” says Cathy Pareto, a financial planner based in Coral Gables, Florida.

One gifting alternative is to contribute to a child’s education savings plan that is set up by his or her parents, like a 529 college savings plan, she says. Funds in a 529 can gain higher returns than savings bonds if invested across diverse asset classes.

But maybe you’re not too concerned about how much the money will grow. Savings bonds do have other things going for them. For one, they can be teaching tools for learning about topics like compound interest.

There’s also a personal aspect to gifting savings bonds. Pater, for instance, liked the idea of giving her nephews financial presents they would know came from her.

That’s in contrast to money she ended up contributing to their 529 plans. “When they get this college fund they’re not going to think, ‘My Aunt Victoria gave me this,'” she says. “It’s just going to be this chunk of money that Grandma set aside with some small contributions from people like me.”

Likewise, while 529 plans are designed to be used for qualified education expenses, savings bonds generate no-strings-attached funds. That may not be attractive if you have a future mortgage payment in mind and your recipient ultimately uses the money for concert tickets. But the bonds may be advantageous vehicles for those with less specific objectives.

Brady remembers that years back, while in a low-paying job after college, she redeemed a savings bond from her grandmother and used the money to buy food for 2 months.

That’s why she wouldn’t mind if someone she had given a savings bond to used it for the same reason. “When somebody drops 50 bucks on you you’re like, ‘Oh great, this is free money from someone who was thinking about me before I knew to think about this myself,'” Brady says. “It’s a tiny thing that you can (give to) make a small chunk of someone’s life a little bit easier 20 years later.”