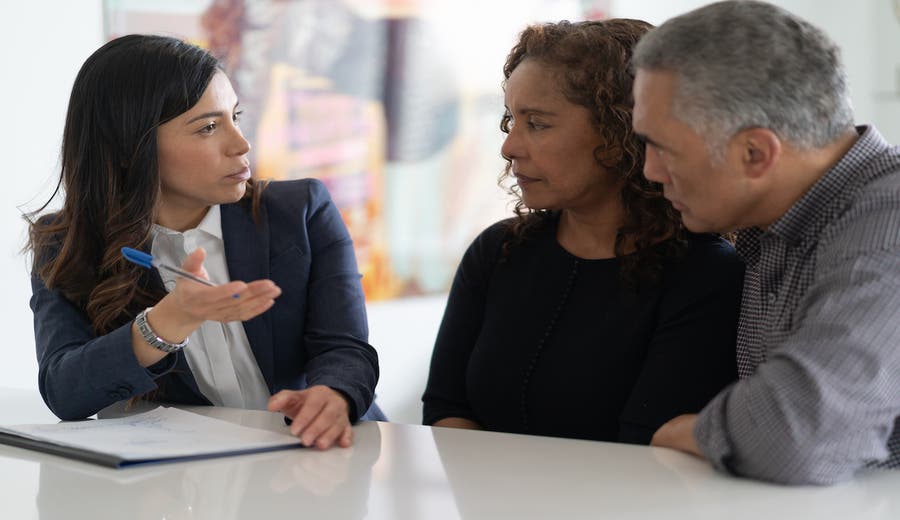 Receiving an inheritance after the passing of a loved one, especially when it’s unexpected, might leave you feeling a little overwhelmed by the options. Ideally, the money should bring you closer to financial independence, but many heirs don’t know how to handle a windfall and often end up no better off than they were before.

The first priority is to develop a strategy. “Most people run through an inheritance in two years or less,” says Jason Flurry, president of Legacy Partners Financial Group in Woodstock, Georgia. In his experience, the first mistake people make is they “blow the money on stuff for themselves.” The second mistake is that they choose bad investments because they consider the inheritance to be found money and consequently take on too much risk.

A dollar is still a dollar, whether you or your benefactor earned it. So before rushing out to buy a new Tesla or day trading in penny stocks, it’s important to put together a solid plan for how to make it last.

“The first thing you need to do is write down your current goals and obstacles to reaching those goals,” says Scott Bishop, CFP, executive vice president of financial planning at STA Wealth, “See where this money could be used to get your longer-term financial plan on track.”

Everyone’s financial game plan will look different depending on factors such as age, level of debt, whether they are supporting children or parents, and how they want to live in retirement. The point is to build financial stability first and then put the remainder toward reaching your goals.

Some of the possibilities include the following:

It’s important to evaluate what your specific goals are, so that you can create a financial plan that’s in your best interest.

When someone inherits, Flurry says, “The temptation is to feel like you have to do something, but you really don’t. Sit down and dream a little, then back into the numbers and ask, ‘How can we do this with the least amount of risk?’”

Acting too hastily can lead to trouble. Paying off your mortgage without thinking about future income in your old age, for example, could leave you living debt-free but in poverty. “If your house is paid for but you run through everything else, you can’t use shingles to pay for groceries,” Flurry says. “Then what do you do? You don’t want to be in that situation.”

Nicholas Stuller, founder and CEO of MyPerfectFinancialAdvisor suggests that new heirs wait a couple of weeks before doing anything.

“It is a period of high emotion (assuming the amount is meaningful to you),” says Stuller, “and it’s the time period when you are prone to making a mistake.”

This sentiment also goes for finding a financial adviser. If you don’t already have one, don’t rush to get one just because you’ve received an inheritance. Instead, take the time to research and vet potential advisers. Ultimately, you want to find someone who’s not conflicted and will guide you in the right direction.

When does it make sense to contact a professional adviser?

The short answer: It’s always a good idea to consult with a professional when dealing with an inheritance, especially if it includes a significant amount of money or investments.

“Start by hiring a financial planner, accountant and estate planning attorney,” says Greg McBride, CFA, Bankrate chief financial analyst. “Make these your first three decisions so you don’t make any missteps. Communicate your goals to this team of advisers so they can help keep you in step with those goals and objectives going forward.”

If you know you’ll inherit, you can begin planning ahead of time. But if the inheritance comes as a surprise, a financial professional can provide a better idea of your options.

“People will come out of the woodwork,” Flurry says, with banks and insurance companies trying to sell products. “There’s nothing wrong with that,” he adds, but don’t rely on sales representatives without first getting an objective opinion on your entire financial picture and a thorough understanding of your goals.

Complicated assets, such as a family business or an asset you’ve inherited with others such as a home, will probably require a professional to help sort out the options.

Though a master plan will help you keep and grow the assets you’ve inherited, it doesn’t have to be perfect or static. It can and should change over time.

“The average plan is better than no plan,” says Flurry. “Stick to your goals, and that will provide your true north.”

How to figure out what to save, spend or even donate

This decision will vary from person to person as it largely depends on your personal financial plan. This could include important considerations like retirement, paying off a mortgage, sending your kids to school or other critical life events. Regardless of what it is, it will be different from person to person.

If you are someone with a lot of high-interest debt then that will likely be one of the first things you think of paying off when coming into more money. Whereas, someone who is in a more comfortable position may think longer-term and put the extra money into retirement savings.

Some people may even want to give back part of their good fortune by paying it forward to a cause or group. In this case, Charnet says that “10 percent or less would not be out of line.”

The short answer is no — the federal government does not currently have an inheritance tax. However, depending on where the benefactor lived and the inheritor’s relationship to the benefactor, you could be taxed on whatever you inherit at the state level.

A majority of states do not charge an inheritance tax (as of June 2020), however, there are six that do.

If you inherit money from someone who lived in a state that imposes inheritance taxes, then you will be taxed regardless of whether you reside in the same state or not. However, your relationship to the benefactor will also determine how much you are taxed, but these rules vary from state to state.

The federal government charges a 40 percent tax on assets exceeding $11.4 million ($22.8 million for married couples) no matter the state you live in. However, there are 11 states that charge an additional estate tax (as of June 2020) with separate rules and exemptions.

Estate taxes are a bit more complicated, which is why it’s helpful to work with a professional to figure out the complexities. To summarize it, estate taxes are taken out of the deceased’s estate and are not the responsibility of the heirs.

“The type of asset and the way it was held will determine what, if any, taxes are due,” says Tim Bain, president and chief investment officer at Spark Asset Management. “There is a lot of complexity to this issue and you should consult a tax professional or financial adviser before making any decisions.”

For instance, if you are inheriting an IRA then you may run into some tax issues due to the SECURE Act. The new rules change how long you can hold on to a 401(k), a traditional IRA or a Roth IRA that you’ve inherited. Previously, you were able to stretch the balance over your lifetime, but under the new bill, those balances must be withdrawn within 10 years.

But there are some exceptions. If you’re an individual with a chronic disability or illness, as well as a surviving spouse or minor child of the account owner, you would not be subject to these new regulations.

There are a few ways to reduce potential inheritance taxes, like gifting assets prior to death. However, it’s best to consult with a tax expert.

Receiving an inheritance can cause a wave of emotions ranging from excitement to sadness over the passing of a loved one or acquaintance.

After you’ve given yourself time to think and grieve, create a plan that will help you reach your long-term financial goals. Everyone’s financial plan will look different, but regardless, an inheritance should improve your current financial situation or set you up better for the future, if managed wisely.

Note: Judy Martel also contributed to a previous version of this story. Featured image by FatCamera of Getty Images.