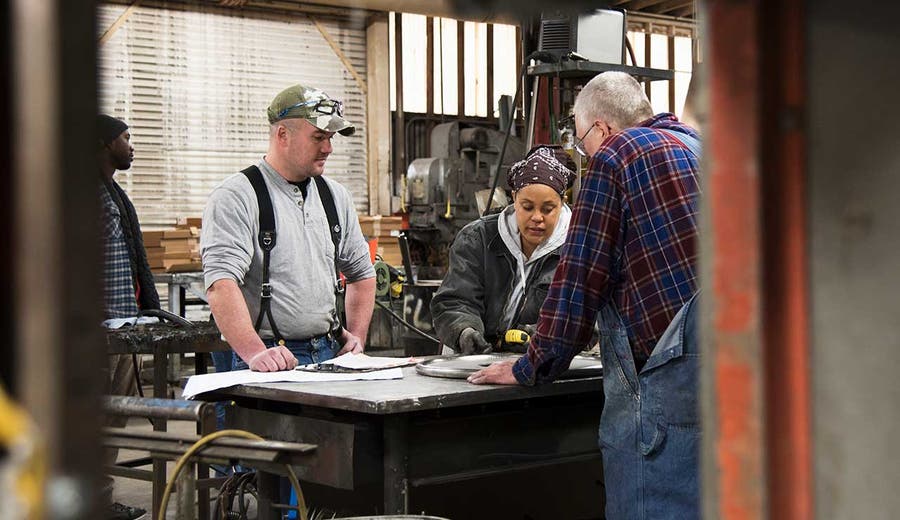 If it’s been awhile since you’ve gotten a raise, you’re not alone. A recent Bankrate survey from noted that only 48 percent of Americans reported receiving a raise or a job with a higher salary in the past 12 months.

Wages have increased relative to where they were during the Great Recession, but the gaps between rich and poor, and between black and white, have widened. To put that into context, wage gains since the financial crisis indicate that most workers are merely catching up, not getting ahead, according to a report released by the Economic Policy Institute (EPI).

So wage growth has lagged behind job gains, and the personal savings rate keeps declining. Maybe you’re wondering if there’s a correlation? Do slow wage gains have anything to do with why Americans aren’t putting enough money into their savings accounts?

Experts say there are several reasons why wage growth has been weak.

The supply of labor has increased as consumers who once made money under the table have emerged from the shadows in order to try and take advantage of better opportunities. Employers have also hired more workers without high school diplomas, says Bernard Baumohl, chief global economist at the Economic Outlook Group.

Raising wages hasn’t made sense for many businesses amid poor productivity growth in recent months, Baumohl explains, and companies hoping to slash labor costs have had no problem hiring workers overseas.

Josh Bivens, director of research at the EPI, points to additional factors that have kept wages down.

“You’ve got a smaller share of American workers in unions now then you did 20 and 30 years ago. At the low end of the labor market, you’ve got a federal minimum wage that’s still 25 percent below what it was at its peak in the late 1960s.”

In December, the personal savings rate was 2.4 percent of disposable income, the lowest it had been since 2005. Americans were doing a better job of saving during the financial crisis.

Other statistics highlight the struggle consumers have had with setting aside money in a savings account. A report from the Federal Reserve found that 44 percent of U.S. consumers couldn’t pay for an unexpected $400 expense using their existing savings.

Total U.S. household debt has surpassed $13 trillion. A decade ago, it was around $12.4 trillion.

Consumer spending has driven economic growth for the past nine years, Baumohl says. But with interest rates ticking up, consumption is expected to level off.

Perhaps you’re assuming that because wages are growing slowly, consumers are taking on more debt and saving less money. But for most people, that’s not what’s actually happening. Bivens explains that the personal savings rate is more of a reflection of how much money the wealthiest people are setting aside.

Boosting your savings without a pay raise

Sluggish wage growth may not have much to do with why you’ve been putting less money in your savings or money market account. Even if you haven’t gotten a pay raise, you should be making an effort to increase the amount of money you’re stowing away.

“It is critically important for people in all walks of life to try to save more,” says Mark Hamrick, Washington bureau chief for Bankrate.com. “For some, that will mean living below their means, not pushing the financial envelope. Budgeting to allow for savings is key for individuals who want to achieve their financial goals.”

Consumer finance expert Andrea Woroch has a number of suggestions for anyone trying to save more in the absence of a salary or wage increase.

You can use apps like Trim to manage your subscriptions and cancel any that aren’t worth having, Woroch says. Track your expenses and find out whether there’s anything else that can be cut out of your budget. And consider whether there are services you outsource that you could do yourself, like mowing the lawn.

Automate your savings by having a portion of each paycheck transferred to your savings account. Or turn saving money into a game. If saving hundreds of dollars at a time seems like a big sacrifice, start small. Save $25 per week and gradually bump up that amount.

“By increasing it in smaller increments, it won’t make as big of an impact on you and you’ll realize that you can live on less,” Woroch adds.