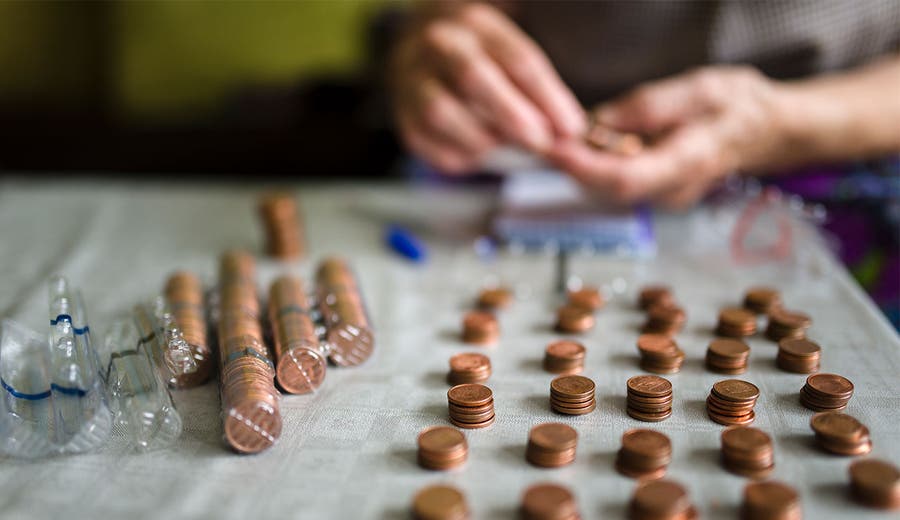 If you’ve found it hard to sock money away, you’re not alone.

A Bankrate survey found that most U.S. adults don’t have enough money to cover a $1,000 emergency.

But finding the means or the motivation to save isn’t always easy.

Despite the drop in unemployment, wages have been stagnant for some time. That makes discovering extra money in the budget to set aside understandably difficult.

And interest rates have been near rock-bottom since the recession. Now, it looks like that’s changing.

If you have been putting it off saving — or you’ve barely filled your savings account — here are seven reasons you should start today.

1. Interest rates are creeping up

The Federal Reserve is slowly hiking its benchmark interest rate, and some banks are taking notice. Top online banks, in particular, are beginning to pay savers more. That’s one reason it’s smart to start saving.

Savers still are losing money to inflation. But as rates move up, that should become less of a problem.

“Rising interest rates provide better returns for savers and keep a lid on inflation, which helps savers preserve the buying power of that money,” McBride says.

After the Fed raises interest rates, it doesn’t take long for borrowers to notice.

Credit card borrowers are typically the first to be affected, as annual percentage rates adjust quickly following a central bank rate hike, much faster than changes in CDs or savings accounts, says Dan Egan, director of behavioral finance and investments at Betterment, an automated investing service.

The rate attached to your credit card or home equity line of credit could change within a couple of months. Financing an auto loan could also become slightly more expensive.

Besides paying down debt and switching to a lower-rate balance transfer card, make an effort to save more money.

By saving now, you’ll have extra funds to put toward your debt payments later.

3. The economy could slow down

GDP growth is strong and expected to moderate. There hasn’t been an economic downturn in a while, and some economists think we could see a slowdown within the next two to three years.

“We’ve had a recovery now since June of 2009 with the bottom of the recession,” says Amy Schmidt, an associate professor in the economics and business department at Saint Anselm College. “So people are wondering, you know, is the economy going to slow down, is there going to be a recession?”

Since you can’t predict what’s to come, it doesn’t hurt to ramp up your savings.

“If the economy slides into recession, it will be nice to have a strong cash position to buffer yourself against unexpected interruptions in income — like losing your job,” says Neal Frankle, certified financial planner and editor of WealthPilgrim.com.

One way to save more is to have money withdrawn from every paycheck. You can deposit it into a savings or money market account.

“The best way to increase your savings is to pay yourself first,” Frankle says. “Automate your savings by having your bank or financial institution deduct your targeted amount at the start of the month — before you have a chance to spend it.”

Being ready for the worst is always best.

Most Americans have some rainy-day savings, but many of us could do better. Nearly two-thirds of U.S. adults said they don’t have enough money to cover six months’ worth of expenses, a Bankrate survey found.

“I think Americans in general as a whole could probably stand to save more as far as emergency funds go,” says Martin Federici Jr., CEO of MF Advisers, a fee-only registered investment advisory firm in Dallas, Pennsylvania.

If you don’t have an emergency fund, now’s your chance to start one.

5. Tax season will be here sooner than you realize

It’s never too early to start preparing for next year’s tax season. Many people don’t think about it until the end of the year or the beginning of a new one.

“December, January, that’s when they really start focusing on it,” says Patrick Daniels, director of financial planning at Precedent Asset Management in Indianapolis. “It’s definitely good practice to keep it in our minds throughout the year. That way you’re not overwhelmed come January.”

Saving money in a tax-advantaged account can reduce what you owe. The sooner you get started, the greater your opportunity to lessen your tax bite.

Maxing out your 401(k) and traditional IRA are two ways to lower your tax bill, Daniels says. While you’re at it, find out how far your savings will go in retirement.

6. College isn’t getting any cheaper

The cost of college is climbing by roughly 6 percent each year, according to Vanguard, an investment management company. Attending a private four-year school could eventually cost half a million dollars.

Don’t wait to start a college fund for your child.

Use a calculator to learn how much you need to save. And then consider enrolling in a 529 plan.

“It is the best way to save for college period, end of sentence,” says Young Boozer III, Alabama state treasurer and chairman of the College Savings Plans Network. “A number of states have tax deductions going into the plan, so you get a tax break on the way in. It is tax-deferred while it’s growing and then when you withdraw the money for qualified education expenses, that’s tax-free also.”

7. Your medical costs could soar

You may want to set aside extra money for medical care. Even with insurance, you could end up spending a lot of money.

“According to most reports I’ve read, most couples will need a quarter of a million dollars for out-of-pockets costs once they retire, assuming they’re on Medicare,” says Caitlin Donovan, director of outreach and public affairs at the National Patient Advocate Foundation. “So it’s never too early to start saving for retirement.”

In addition to contributing to an IRA or 401(k), see if you qualify for a health savings account or a flexible spending account. That way, you have tax-free savings you can use for qualifying medical expenses.

You can also calculate your monthly budget to see if there’s room to save more.