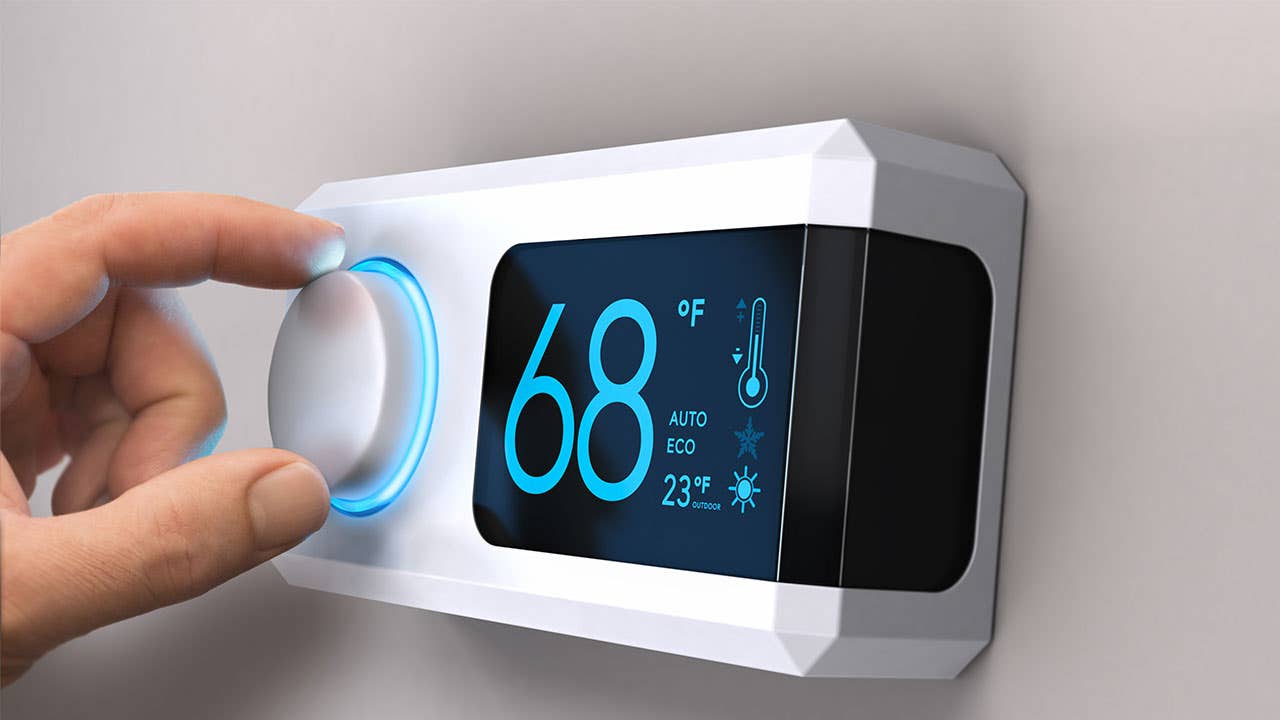 It’s possible to keep your home cool this summer without causing your electric bill to overheat too much.

U.S. households are expected to spend $422, or about $141 per month, on electricity bills over June, July and August, according to federal energy forecasts. And a big chunk of that will go toward running the AC as temperatures soar in the summer months.

The COVID-19 pandemic will also have a major impact on electricity costs, says renewable energy firm Arcadia, which studied energy bills in 13 major U.S. cities before and after the coronavirus-driven lockdowns began. Summer power bills are expected to rise as much as 15 percent in cities like Philadelphia and New York, while large metro areas in the West, such as Los Angeles and Phoenix, will also experience price spikes, but not as drastic as Eastern urban areas.

The good news? There are ways to cut the cost of cooling your home without busting your budget. Here are some ways you can save money on your electric bill.

1. Plant shade trees around the house

Planting leafy trees around the outside of your home will help block the sun and keep your house cooler.

“Most heat that accumulates inside a house comes directly from the sun shining onto the roof or through windows and heating the house directly,” says John Krigger, founder and president of Saturn Resource Management in Helena, Montana. Krigger, an energy conservation specialist, writes books, lectures and trains others in energy conservation for buildings.

“It’s worthwhile to spend the extra money to buy a tall tree, if you put the tree in the right place,” Krigger says.

When it’s hot, about 76 percent of sunlight on windows enters in the form of heat, according to the DOE. Solar screens, or mesh-like window screens, can intercept the energy before it gets into the house. Window screens are particularly effective on east- and west-facing windows.

“If you can install them on the outside, that is the way to do it,” Krigger says. “That would stop (solar energy) before it got completely through the glass. It’s better than anything you can do on the inside.”

Window films are another money-saving option. They are metalized sheets that reflect heat before it can be transmitted through glass. “Using something white or silver, something that is very reflective, will stop it getting through the glass,” Krigger says.

Windows must be shut for window films to work, but solar screens keep out sun and insects even with the windows open.

3. Get “smart” about your thermostat

If there’s no one home during the day, you can save as much as 10 percent on your power bills by keeping the thermostat seven to 10 degrees higher for eight hours, the DOE notes.

The DOE recommends keeping the thermostat at 78 degrees Fahrenheit when you’re home and not dropping it down to a super-low temperature after being gone all day. That doesn’t cool your home any faster and can result in excessive cooling and a bigger power bill at the end of the month.

Another trick: Set the AC fan speed on high, except on very humid days, the DOE recommends. On humid days, set the fan speed on low. Why? The slower speed will remove more moisture from the air and improve the comfort of your home.

The location of the thermostat is also important. To work efficiently, it should be on an interior wall away from direct sunlight, drafts, doorways, skylights and windows, according to the DOE.

And don’t place furniture or curtains where they would block AC vents.

If possible, run ceiling fans on your home’s upper level and open the windows on the lower level. If you live in a one-story house or apartment, close windows near the fan and open windows in rooms far from the fan, preferably on your home’s windward side, the DOE advises. The key, Krigger says, is to circulate air inside the house.

Moving air also helps evaporate the sweat from your skin, says Vermont-based energy consultant and author Paul Scheckel of Parsec Energy. “Evaporational cooling is an incredibly efficient process for removing heat, and our bodies do it all by themselves,” he says. “A little help can increase the cooling effect.”

An inefficient air conditioner raises your cooling costs. Maintaining your AC unit on a regular basis is important.

A clogged or dirty filter blocks airflow and reduces the efficiency of the unit. “Keep the filter clean to allow for good air movement and keep the unit level so the condensation drains properly,” advises Scheckel.

Check the coil fins to make sure they’re not bent and blocking air flow. If your AC system is old, not running properly or needs a tune-up, hire a professional service technician.

6. Go with an alternative cooling system

Krigger says to consider the climate you live in before buying an air-conditioning system. For example, evaporative coolers, while much more economical than central AC units, are not suited for humid climates like Florida, but work well in hot, dry places like Arizona.

“It’s easier to cool a house in a dry climate,” Krigger says. “In a humid climate, it’s not so easy. The amount of water you have around your house really affects the AC.”

Krigger says window/room AC units and ductless AC units, including ductless mini-splits, are much cheaper to use than central AC units. “With central AC with ducts, the reason they are so inefficient is we just haven’t paid enough attention to how much ducts leak,” he says. “Sometimes, 30 percent or more of the energy is leaked out of the ducts.”

Krigger says a room AC or ductless system can be 50 percent to 60 percent cheaper than central air conditioning. “People are pretty desperate to save money right now and that’s a great way to do it,” he says.

A drafty house is not an energy-efficient house. The DOE recommends doing a visual check inside and outside the home for gaps, cracks and openings where air can come and go. Windows and doors are the obvious places to check, but there are many other areas that are prone to leaks, such as where the home’s foundation meets the exterior brick or siding.

For a thorough assessment of your property, hire a professional technician for an energy audit. A professional can find energy-inefficient leaks where you might not think to look and can tell you where more insulation is needed.

8. Avoid using the stove and oven


Don’t cook on the stovetop or use your oven during hot spells. Reduce indoor temperatures by cooking in the microwave, firing up the grill outside or eating cold soups, salads, fruit and sandwiches.

Other home-cooling tips: Turn on the kitchen exhaust fan after cooking. Run the bathroom exhaust fan after a hot shower to help the heat dissipate. If you have an old-fashioned clothesline, hang your laundered garments outside to dry instead of using the hot dryer inside your house.

9. Head for the basement

It’s common knowledge that heat rises. So, it makes sense to camp out in the basement if you have one. Just don’t open basement windows when it’s humid.

“Warm, moist air will cause condensation on cool surfaces, such as basement walls, ultimately increasing the humidity in your home,” Scheckel says.

10. Ask your electric company about assistance

Some energy giants are offering bill payment assistance to their customers. New York-based ConEdison, for example, is offering monthly discounts to customers who are on Social Security and some other government assistance programs.

Some utility companies allow you to pay the same amount every month over the full year to avoid huge spikes in your bill during cooling and heating seasons.

Visit your utility company’s website or give them a call and ask about discounts, budget billing and other options that could help you reduce your AC costs this summer.