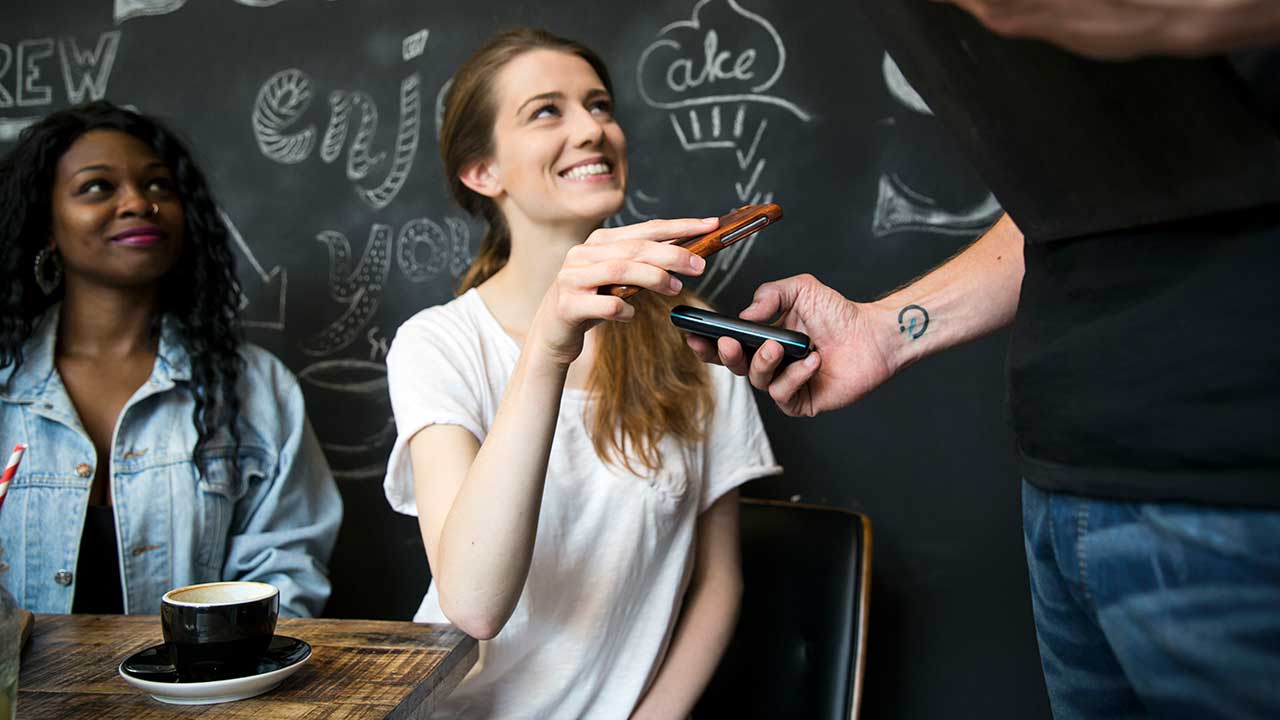 In the early days of smartphones, banks saw mobile banking as just another avenue for customers to connect with services, not unlike online banking. What they (and probably everyone else) underestimated was how utterly dependent we would become on our mobile devices. As a result, mobile apps are no longer thought of as a siloed channel, but rather the glue of the relationship.

A poorly designed or inadequate app could prompt customers to change banks. Indeed, in her annual presentation to investors last month, JPMorgan Chase CFO Marianne Lake shared a slide showing that 57 percent of millennials would switch banks for one with a better tech platform.

The following is a look at the ways banks are strengthening their mobile offerings. Some banks are further along than others, so you may find that your bank already offers these tools.

Banks have gradually realized that consumers want to handle all of their banking business via mobile tools. For some banks, mobile logins now outnumber online logins. That’s a major inflection point for developers.

Institutions are responding by adding granular features to their mobile apps. For instance, Capital One has focused on how transaction details are displayed. You can now see a business’ full name, address, contact information and map location, versus merely seeing a line item.

At digital-only Ally Bank, parity is a priority, says Anand Talwar, deposits and consumer strategy executive at Ally. An example of that can be found in how the bank lets users manage CDs. Last month, the company introduced the ability to manage CD maturities via mobile. Customers can now renew their CDs, move their principle to their savings account or harvest their earnings.

“It’s going to be interesting to watch as interest rates rise and the appetite for CDs increases,” Talwar says. “We want our customers to be able to do things like set up a CD ladder in the palm of their hands.”

Leave the card at home

The lynchpin of mobile banking was the introduction of mobile deposit capture. Letting customers deposit a check by snapping a photo was a game changer, because it gave mobile banking a highly convenient feature that wasn’t available anywhere else.

Some bankers think the cardless ATM feature is the next big feature for mobile banking. The convenience it adds isn’t as great as mobile deposits, but it is a cool feature that only exists on mobile, and its value resonates with people, says Melissa Stevens, chief digital officer of Fifth Third Bank. Fifth Third added cardless ATMs this month.

“I’ve been amazed by our customers’ knowledge of security,” Stevens says. “They’ve said that they see this not only as convenient but more of a way to address skimming.”

Banks are taking different approaches to how they handle cardless ATMs. Some generate a numeric code you enter along with your pin. Others use beacons and the phone’s camera to scan a code. A few banks introduced the feature several years ago, then the larger banks began adopting it over the last year.

Mobile has made people pretty self-sufficient in banking. Now, banks are looking to make mobile banking personal, in a sense. Virtual assistants are all the rage in banking. Ally has had Ally Assist for a few years. Capital One rolled out Eno last year. Bank of America is beginning to introduce its customers to Erica.

At the root of this trend is the ability to connect with consumers in a personable and consistent way that is cost effective.

But as they incorporate machine learning and better data analytics, banks expect these bots to go from assistants to advisors. They can answer questions now, and soon they’ll be able to make suggestions.

While it has not gone the branded bot route, Wells Fargo is starting to experiment with this type of assistance. In February, the bank announced a new app feature that analyzes transactions, payments and other data in order to give customers insights, like when their spending could outpace the money currently in their account. The Well Fargo app could suggest that you move money from your savings to cover expenses, for instance.

Something on the side

While they focus on building out their existing apps, some banks are experimenting with side apps or subordinated apps. Think of the way the main Facebook app and Facebook Messenger interact.

It might seem like having more than one app would muddy the message. Indeed, banks like Ally have consolidated apps. Stevens from Fifth Third says there is a method to the multiple app strategy, though.

“I’m really pushing minimum viable products where we can iterate live,” Stevens says. “I want to put products in people’s hands without burdening the core banking app, that way we can get comfortable with something and examine its real usage in the real world rather than speculate.”
Translation: banks can test new products faster and easier through separate apps.

In August, Fifth Third introduced Fifth Third Momentum, a standalone app geared toward student loan repayment. It’s like the savings apps that move the difference between your purchase and the nearest dollar to a savings account, under the idea that small things can add up. Momentum puts the change toward your student loans. The app has been downloaded 40,000 times and is on track to pay down its users’ aggregate student loans by $1.5 million this year. The bank projects that its strategy could shave three to five years off its users’ loans.

It remains to be seen if Fifth Third will incorporate Momentum into its primary app.
Similarly, Finn, JPMorgan Chase’s digital bank pilot, is making a mark on the bank’s broader strategy. Authentication technology deployed with Finn recently paved the way for the opening of deposit accounts digitally.

Money is a very emotional thing. There are perhaps few moments in your financial life as jarring as not being able to find your debit card or credit card.

As a result, card controls have become widely popular in mobile banking. Bankers say that customers really value the ability to launch their app and temporarily suspend their card and purchases in moments of panic.

Some banks have a very simple-to-use on/off toggle for customers’ cards. Others, like Ally, have made the functionality more granular, intended for more than just momentary panic. With Ally’s card controls introduced last year, debit card customers can set spending limits and restrict payments to certain types of retailers or locations, Talwar says.

In addition to card controls, Capital One recently announced that Eno could generate virtual card numbers so that you can use a tokenized version of your card rather than the actual card when transacting.

Embedded in your life

The rise of technology has threatened the role that banks play in our lives. Many bank executives are worried that services like Uber could make their brands less top of mind and leave them more like plumbing.

Mobile banking is an opportunity for banks to nurture those relationships by finding ways to be there when you need them. Card controls are a great example of that, but banks are exploring other approaches, like sorting through your transactions to see where you may have overpaid for an item or showing you local deals in your neighborhood.

Fifth Third is taking this be-where-you’re-needed approach with a personal loan it plans to roll out later this year. The goal is to make it easy for Fifth Third customers to open their app, apply for a personal loan to finance, say, a new refrigerator and have a quick approval.

“There is a lot of opportunity in meeting people at their needs,” Stevens says. “That’s what’s interesting to me, how can we embed ourselves so we can bring the services people need to make their lives easier and easier.”