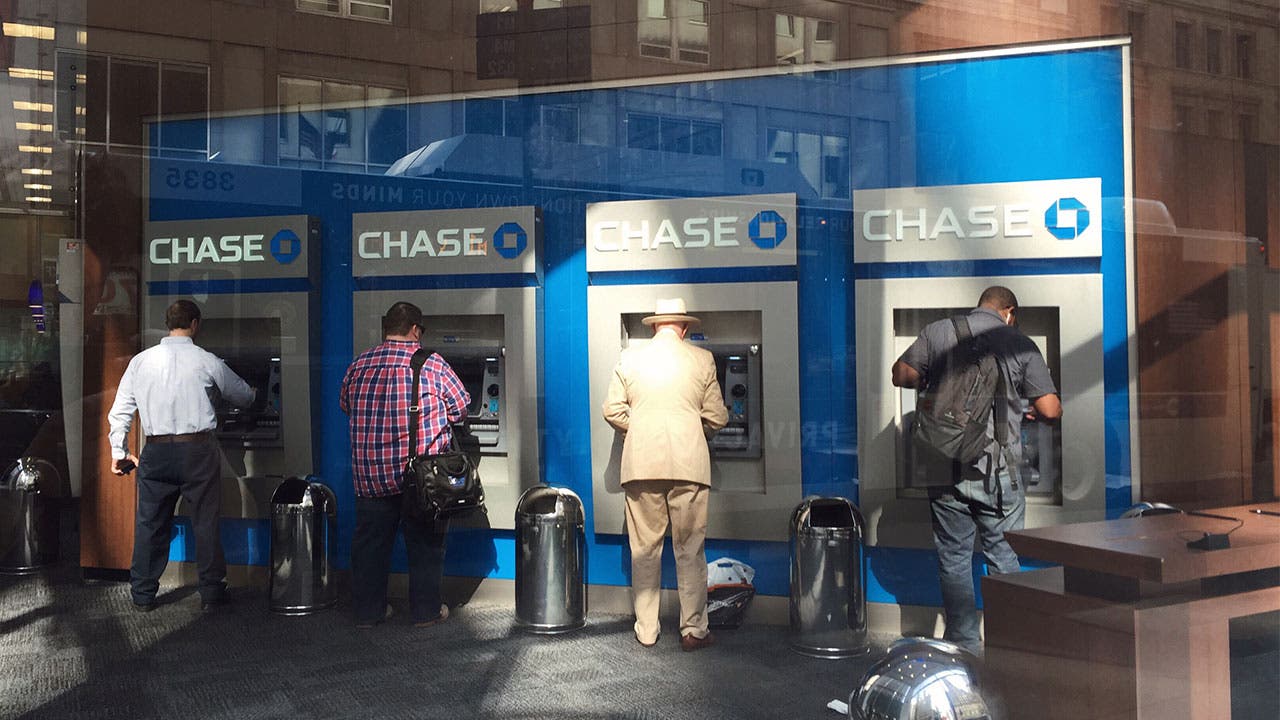 So, are branches here to stay or are they on their way out?

The future of bank branches has been unclear since the financial crisis and the advent of smartphones. Recently, the banks with the largest branch networks — Bank of America, Chase and Wells Fargo — have announced various plans to add branches, close branches and sell branches.

At JPMorgan Chase’s annual investor day on Tuesday, CFO Marianne Lake provided a brief but effective quote that perfectly sums up how banks see their bricks-and-mortar outlets as digital tools change the nature of the business but customers still say they find value in visiting branches.

“Retail distribution is like a muscle, you have to exercise it or it will waste,” she said.

Banks are working out this muscle as much as they possibly can these days, by switching up branch formats and trying out lots of new approaches.

Wells Fargo has announced it would close 900 branches by 2020 as it looks to optimize its network and cut expenses in the wake of the bank’s fake account crisis.

Ultimately, both the openings and the closures are connected to digital banking. On the closure side, digital tools that give customers the ability to deposit checks directly into their checking accounts have reduced branch traffic and accelerated the need to close underperforming locations.

On the expansion side, digital banking allows banks to enter new markets with a smaller number of branches. Historically, big banks would be hesitant to take a “if you build it, they will come” approach in a new market. Wherever they went, their strategy was to be the among the biggest and they often got there by acquiring a smaller bank. But big banks can’t really do acquisitions any more.

As customers more closely align their satisfaction with digital products, banks can enter a new market and build significant market share with fewer branches. In expansion markets, branches serve as marketing tools and give customers a place to go when they need extra help, but they aren’t the heart of the relationship any longer.

Bank of America’s expansion into Denver provides an excellent illustration of this approach. Since the bank opened its first retail branch in Denver in 2014, the bank has managed to snag 2.31 percent of the market’s deposits with just five branches. By comparison, Chase has 70 branches in Denver and a 10.68 percent market share, according to FDIC data.

Customers want it all

As much as banks love mobile and online services, customers still like having branches.

In her presentation on Tuesday, Lake noted that 38 percent of Chase’s customers are “multichannel” users, meaning they like interacting with the bank in a variety of ways. Also, an additional 12 percent are what she described as branch-centric. An additional 32 percent were digital-centric.

But here’s the kicker: Lake said that 75 percent of Chase’s deposit growth comes from people who use branches.

Banks are experimenting with various formats as the role of branches change, such as smaller locations, more self-service tools, and in some cases, totally unstaffed locations. They are also retraining branch staff to teach customers to use digital products.

If you’re a frequent branch user, that means that in the next few years your branch could be renovated, relocated or consolidated with a nearby location.

“We continue to believe that a physical distribution presence is critical to the long-term strategy of this business, but we will always look for ways to optimize the network, enhancing our distribution density by constantly opening new branches as well as moving and consolidating them,” Lake said.

Similarly, Bank of America says it plans to renovate more than 1,500 of its 4,500 branches in the coming years with new technology, furnishings and layouts.

If digital banking and physical branches are intertwined, the account opening process is the knot that binds them together.

A study published in 2015 by the Aite Group found that 73 percent of accounts are opened in branches. Although that data is kind of old — it was based on accounts opened in 2013 and 2014 — it is still relevant because most banks continue to struggle with letting customers open many of their products online. Either they are not available or the interface is often clunky. This suggests people are not necessarily going to branches to open accounts because they want to, but rather because their efforts to do it online failed.

The need to improve digital first impressions was one of the first things Lake discussed on Tuesday. She said that work on Finn, Chase’s digital-only banking experiment, has helped improve the bank’s onboarding experience. Essentially, Finn automates a lot of the background work of determining that you are who you say you are and cuts the account opening process down to less than four minutes.

The ability to scale these lessons across the bank and across the entire industry could also have a widespread effect on the number of branches there will be in the future.