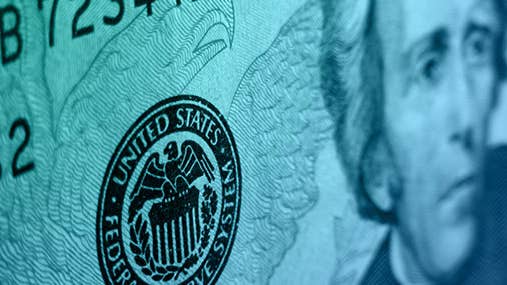 In the months leading to September 2008, the government plugged several major leaks in the financial system. But in that month alone, Lehman Brothers Holdings Inc. filed for bankruptcy protection, the government took over Fannie Mae and Freddie Mac, and the Federal Reserve injected the American International Group with a major cash infusion to keep it from failing.

Still, the Great Recession of 2008 didn’t just happen in one month. It took years to correct the easy-money policies and lax standards of Wall Street. This timeline gives a blow-by-blow account of how the Great Recession unfolded and how the government and the banking industry responded.

Click on a headline to see more information about the event.

President George W. Bush signs into law the Economic Stimulus Act of 2008, which authorized sending tax rebate checks worth $300 to $600 to single people, and $600 to $1,200 to married couples. The act also temporarily increases Fannie Mae's and Freddie Mac's mortgage loan limits from a maximum of $417,000 to $729,750 in some cities.

The Fed approves a deal for Bank of America to buy Countrywide Financial Corp.

Bush signs into law the Housing and Economic Recovery Act of 2008. The program lets the Federal Housing Administration refinance the loans of mortgage holders whose payments are at least 31 percent of their monthly income.

The Federal Reserve Board authorizes its New York branch to lend up to $85 billion to American International Group, or AIG.

The Securities and Exchange Commission announces a temporary ban on the short selling of stocks of all financial sector companies.

Morgan Stanley announces it agreed to sell 21 percent of the company to Mitsubishi UFJ Financial Group for $9 billion.

Wells Fargo announces it will buy Wachovia for $15.1 billion.

Bush signs into law the Emergency Economic Stabilization Act of 2008, which sets up the $700 billion Troubled Asset Relief Program, or TARP. The money will be used to buy stakes in financial institutions and U.S. automakers -- what many people know as the financial and auto sector bailouts.

The Treasury uses TARP to invest up to $250 billion in preferred stock in nine financial institutions. The banks agree to $125 billion in investments.

The Treasury announces it will buy $40 billion in AIG preferred stocks via TARP. Separately, the Fed authorizes its New York branch to create two lending facilities to lend up to $52.5 billion to newly formed LLCs that, in turn, will buy mortgage-backed securities and collateralized debt obligations from AIG.

Fannie Mae and Freddie Mac say they will suspend mortgage foreclosures until January 2009.

The Treasury, the Fed and the Federal Deposit Insurance Corp., or FDIC, agree to provide Citigroup with a package of capital and access to liquidity to protect the bank from losses on a pool of $306 billion in commercial and residential securities. Citigroup also receives $20 billion in TARP money.

The National Bureau of Economic Research announces that the U.S. has officially been in the Great Recession since December 2007.

The Federal Open Market Committee sets the federal funds rate -- the rate at which banks borrow money from the Fed -- at the lowest recorded rate since 1954.

The Treasury says it will lend up to $1 billion to General Motors to help reorganize GMAC into a bank holding company.

The Treasury Department says it will lend $1.5 billion to Chrysler Financial to finance the extension of new auto loans.

President Barack Obama signs the American Recovery and Reinvestment Act of 2009, which includes hundreds of billions of dollars in tax cuts and government spending. According to a Congressional Budget Office report, the estimated cost of the stimulus will be about $831 billion between 2009 and 2019.

Obama announces the Homeowner Affordability and Stability Plan, which allows mortgages owned or backed by Fannie Mae and Freddie Mac to be refinanced if they exceed 80 percent of the home's value. The plan also creates the Homeowner Stability Initiative, a $75 billion program which changes some home loans' terms to reduce monthly payments. In addition, the Treasury increases its stake in Fannie and Freddie to $200 billion.

The Fed, FDIC, Office of the Comptroller of the Currency and the Office of Thrift Supervision say they'll conduct "stress tests" on U.S. bank holding companies with assets of more than $100 billion.

The Treasury and the Fed announce another restructuring of the government's financial assistance of AIG, which will receive an additional $30 billion. AIG also reports a $99.3 billion loss for 2008.

The FOMC votes to maintain the target range for the effective federal funds at zero percent to 0.25 percent. It also votes to buy $750 billion in mortgage-backed securities, bringing its total purchases up to $1.25 trillion so far in 2009. The FOMC also votes to buy up to $300 billion in Treasury securities over the next six months to try to improve credit market conditions.

US bails out auto suppliers

The Treasury announces an Auto Supplier Support Program to provide up to $5 billion in financing for the automotive industry.

The Fed releases its "stress test" results of the 19 largest U.S. bank holding companies. Their result: 19 firms could lose $600 billion in 2009 and 2010 in a bad-case economic scenario. Ten of those companies would need $185 billion in additional capital funding to buffer them from bad economic conditions.

GM files for Chapter 11 bankruptcy protection. The Treasury announces it will buy a 60 percent stake in GM for $30 billion.

The Fed says it will buy $600 billion in long-term Treasury bonds over the next eight months.

The Consumer Financial Protection Bureau is launched. The CFPB says its role is to educate people about financial markets, take consumer complaints, and enforce laws against discriminatory or fraudulent financial practices.

The Fed votes to spend $45 billion per month buying mortgage-backed securities and $40 billion per month on longer-term Treasury bonds. The Fed also votes to keep target interest rates between zero percent and 0.25 percent until mid-2015 at the earliest. This round of buying is known as QE3.

The Fed begins to taper its asset purchases from $85 billion per month to $75 billion, but keeps the federal funds rate at 0 percent to 0.25 percent.