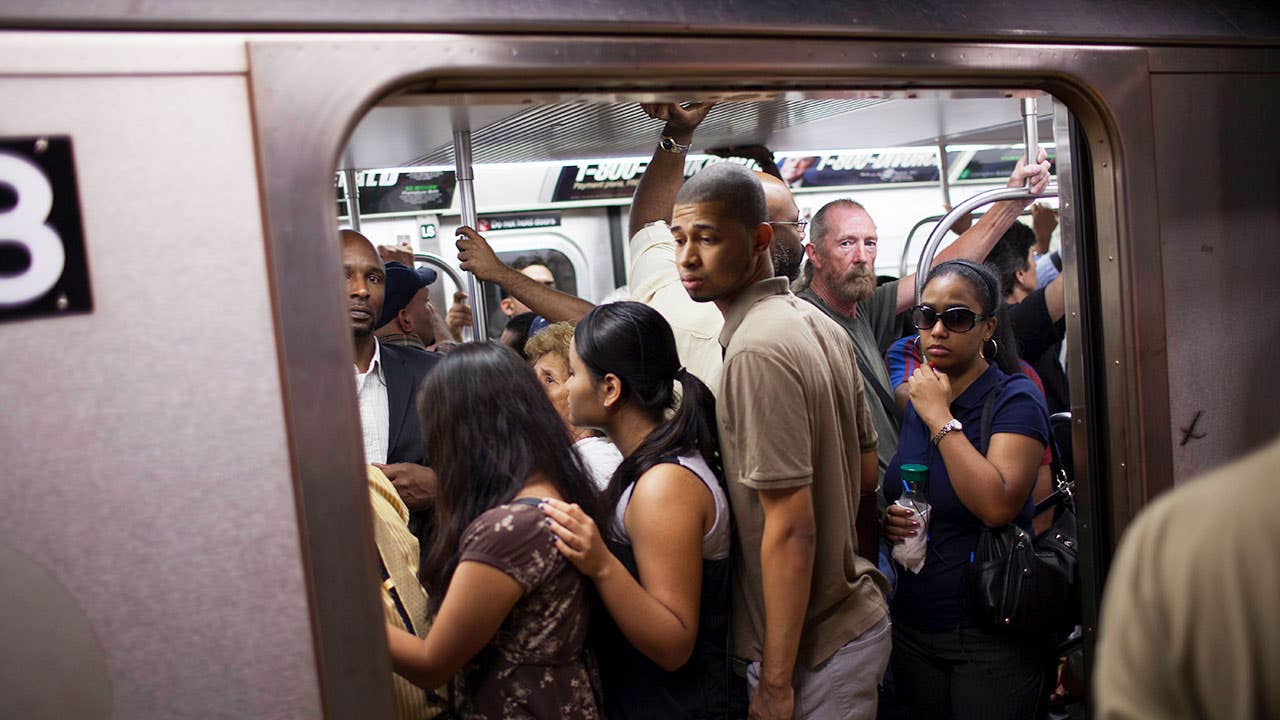 It has been two weeks since I was robbed while riding the New York City subway.

I fell asleep, missed my stop and was woken up by a woman telling me to check my bag — she thought the man sitting next to me might have reached into it.

When I checked my cross-body bag (that was still attached to me) I discovered that my wallet and cellphone were gone. I started to panic, but luck was on my side.

The thief walked away with about $15-$17 in cash, an out-of-state driver’s license and an iPhone he could possibly sell for a few hundred dollars. But he didn’t find the $800 in cash I had hidden in my bag.

As a personal finance journalist, I knew the first thing I had to do was cancel my debit and credit cards.

Reporting the theft of a card quickly limits your own liability (at most you can lose up to $50 for a lost credit card, but a lot more than that if you take too long to report a lost debit or ATM card). Banks and credit card companies make it easy to lock cards online so that they can’t be accessed, but I used a police officer’s phone to call almost immediately after the incident occurred.

With the cash in my bag that my roommate had given me (she was paying me back for covering a bill), I was able to buy a new MetroCard and a new phone on the spot. Without that money I’m not sure how I would’ve made it through the day or gotten around the city.

The next day, I was able to walk into a bank branch and secure an instant issue debit card. It was a card I could use temporarily while I waited for my replacement cards to come in. I was fortunate that I was a customer of a bank that still offers these kinds of cards. Some, like Chase, don’t.

There was one credit card I had forgotten to cancel and the thief attempted to spend more than $5,300 at a big-box store online. My credit card company declined the charge right away and emailed me to confirm whether I had attempted to make a purchase.

Since I was missing my driver’s license, another step I took was putting a fraud alert on all three of my credit reports. This will force lenders to contact me and verify my identity before agreeing to open a new account in my name. The same law that made credit freezes free nationwide made it so that fraud alerts can remain in place for a full year, replacing the previous 90-day policy.

The robbery was a crummy situation, but I wasn’t as shaken up as I could’ve been. More than anything, I felt grateful and financially secure.

While most Americans aren’t able to cover a $1,000 emergency with savings, knowing that I had plenty of money in my emergency savings account made buying a shiny new iPhone bearable.

Experts generally say you should have enough savings to cover three to six months’ worth of expenses. I have been growing my emergency fund for the past five years and based on my current budget, I could live comfortably for at least 18 months. If I kept a tight grip on my wallet, I could survive for as many as two years in New York City using the money I’ve socked away for a rainy day.

It’s easy these days to bank and make payments solely through digital channels. I personally rely heavily on Venmo and PayPal. But when I didn’t have access to a phone or a wallet, the cash in my bag was my saving grace. Carrying around hundreds of dollars isn’t wise — especially in a city like New York. But having some cash on hand in case of an emergency isn’t a bad idea.

I also felt grateful that I still had access to a physical bank branch. I can’t imagine what I would’ve done if I didn’t have any cash and couldn’t access an ATM or make purchases until my online bank mailed me a new card.

Perhaps having a completely-digital payment experience isn’t the way to go.