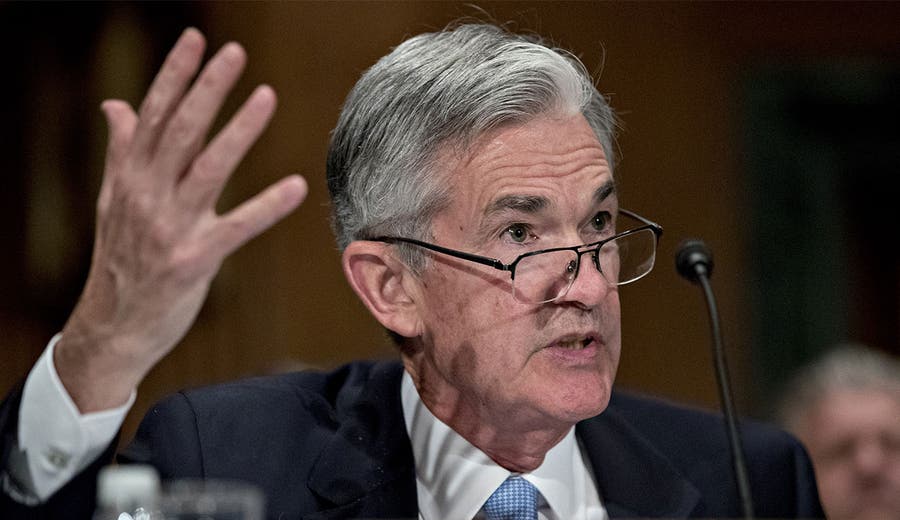 President Donald Trump has decided to put his own stamp on the Federal Reserve by making a leadership change.

He has picked Jerome Powell to replace Janet Yellen as chair of the nation’s central bank. It’s a decision that could have important implications for the U.S. and global economies — and for your finances, including your debt and savings.

Who is Jerome Powell?

Trump says Powell will provide “strong, sound and steady leadership” at the Fed.

“He’s strong, he’s committed, he’s smart and if he is confirmed by the Senate, Jay will put his considerable talents and experience to work leading our nation’s independent central bank,” the president said, as he introduced his nominee in the White House Rose Garden.

Powell is a member of the Fed’s Board of Governors who served in the Treasury Department under President George H.W. Bush.

Unlike recent Fed chiefs, the 64-year-old Powell does not hold a Ph.D. in economics. He is a former investment banker and attorney who once edited the Georgetown University Law Journal.

He has supported the Fed’s steady but slow pace of interest rate hikes under Yellen.

Trump is opting to end Yellen’s time as chair when her term expires at the end of January. She is the first woman to hold the powerful position, nominated by President Barack Obama.

“Yellen guided the exit from the longest and most aggressive easing of monetary policy in U.S. history,” says Lynn Reaser, chief economist at Point Loma Nazarene University in San Diego. “She set the path for a normalization of interest rates and a gradual unwinding of the Federal Reserve’s massive balance sheet.”

Yellen has won wide respect, including from the Republican senators who confirmed her nomination.

Trump described her on Thursday as “a wonderful woman who has done a terrific job.”

It came down to 3 finalists

Yellen had been in the running for re-appointment and recently met with Trump at the White House.

Also under consideration was Stanford economist John Taylor, who is known to favor a so-called rules-based approach to monetary policy. If the Fed had chosen to follow that type of philosophy in recent years, it’s estimated that interest rates would be considerably higher than where they are now.

Powell’s selection must be approved by the Senate.

Where things stand at the Fed

The president’s decision comes at a time when most measures of the U.S. economy are positive, due in part to the Fed’s careful handling of monetary policy.

The nation’s economic growth has been running at 3 percent or higher over the past two quarters. The stock market has continued to rise to record levels.

But there has been concern that the Fed’s gradual approach to undoing the extraordinary measures it took to lift the economy out of the financial crisis and Great Recession may be putting stock and home prices at risk of getting overheated.

“I will continue to work with my colleagues to ensure that the Federal Reserve remains vigilant and prepared to respond to changes in markets and evolving risks,” Powell said, in his remarks at the White House.


What about your money?

The Fed’s decisions under a Chairman Jerome Powell (if he’s confirmed) will affect everything from world financial markets on down to your wallet.

Experts say the current path of interest rate increases is likely to continue.

“He may well allow the market to lead the Fed higher with respect to interest rates than stifle growth with preemptive hikes,” says Reaser.

If rates do head higher in the coming year or so, as expected, people holding credit cards, home equity lines of credit and adjustable-rate mortgages will see rising borrowing costs. Savers should begin to find more generous returns on CDs and money market accounts.

There’s an increased risk that the aging bull market in stocks could run into choppier waters. A steep correction or bear market is no certainty, but higher interest rates and higher rates of return on bonds would represent more competition for stocks.

Chair has only so much power

It is worth remembering that while the chair is a powerful position, the Federal Open Market Committee — the Fed’s policymaking panel — is a consensus-driven body.

Under normal circumstances, it tends to take time to arrive at decisions with a minimum of opposing votes, and the committee is careful to communicate future moves to investors and others, where possible.

Policymakers this week decided to leave their benchmark interest rate steady, but it’s widely assumed that their December meeting will bring a rate hike.