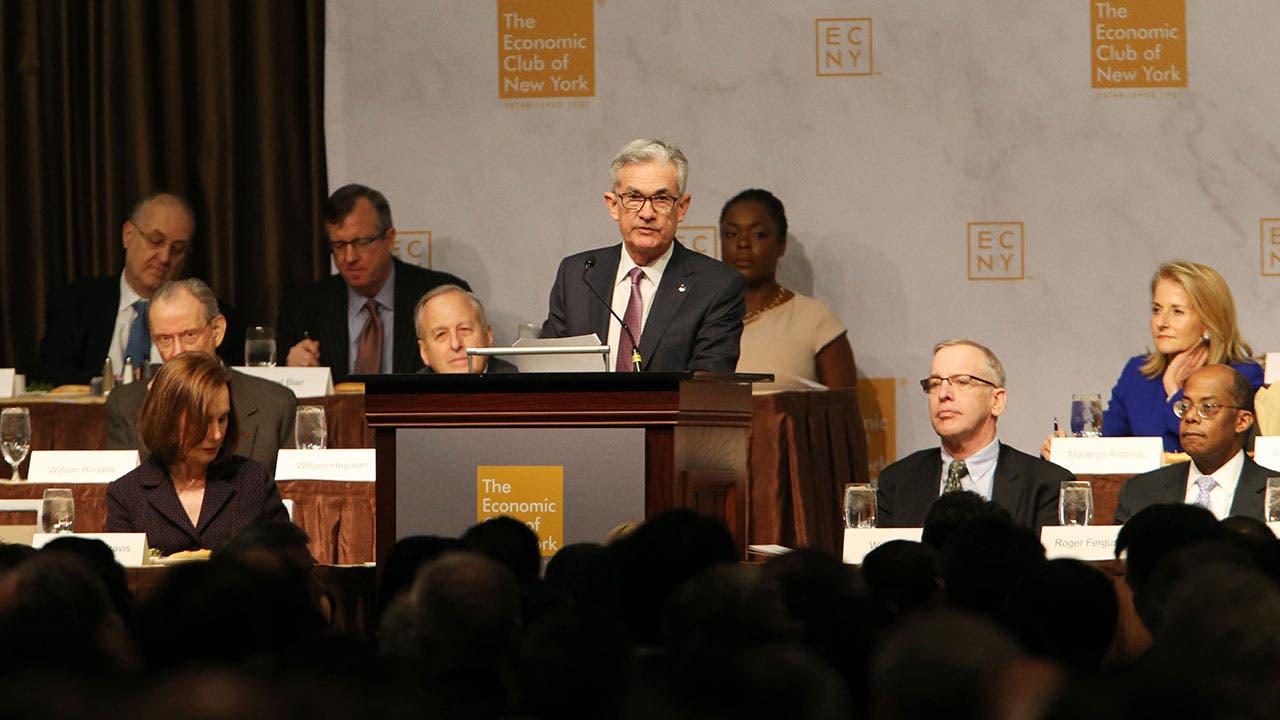 President Donald Trump isn’t the only one watching the Federal Reserve like a hawk for any hints on future interest rate increases.

Following Fed Chair Jerome Powell’s speech before the Economic Club of New York Wednesday, the stock market soared. The Dow Jones industrial average rose by more than 600 points, producing the largest one-day gain in eight months, on speculation that the rate increases that began in December 2015 may finally be coming to an end.

U.S. stocks moved higher after the release of the minutes from the Fed’s meeting in November.

But did the markets jump the gun? Some economists think so.

Most of Powell’s speech centered around a discussion about financial stability and the Fed’s role in monitoring the strength of the nation’s financial system. But he spent some time reflecting on the status of the economy and the Fed’s approach to monetary policy.

The part of Powell’s speech that got the market excited were his comments that interest rates remain “just below the broad range of estimates of the level that would be neutral for the economy — that is, neither speeding up nor slowing down growth.”

His words were a noticeable shift in tone from what the Fed chair has said previously.

“In early October, he noted that the Fed was ‘a long way from neutral,’ suggesting that more than just a couple of rate hikes were still to come over the next year or so,” says Mark Hamrick, Bankrate’s Washington bureau chief and senior economic analyst. “Now, he says rates remain ‘just below’ the range of estimates provided by FOMC members thought of as neutral.”

Hitting neutral and why that’s important

The Fed in recent months has been trying to normalize interest rates after leaving them near-zero for seven years following the Great Recession. One of its key concerns has been its proximity to the neutral rate of interest, or the point where its benchmark interest rate isn’t revving up the economy or slowing it down. But the Fed has had trouble gauging exactly where that is. “A couple of participants noted that the federal funds rate might currently be near its neutral level and that further increases in the federal funds rate could unduly slow the expansion of economic activity and put downward pressure on inflation and inflation expectations,” say the minutes from the Fed’s rate-setting committee’s November meeting.

“It is associated with their mandate to achieve stable prices and maximum employment,” Hamrick explains. “To achieve the mandate and to reach the point of neutral is a kind of typically temporary Goldilocks state. That’s another way of saying that the economy doesn’t remain neutral itself for long, if at all. It is just a way station between economic cycles.”

The neutral rate is a big deal because getting there and remaining there suggests we’ve reached the end of the period of rising interest rates.

“When the Fed does eventually hit neutral and assuming that’s the point at which it can maintain that level, it means that the end of the rate-raising cycle is over,” Hamrick says. “That would mean that there’s little further upward rate risk at least because of the movement of the Federal Reserve’s hand, on such things as credit card rates, auto loans, personal loans and home equity lines of credit. It would also signal that the upward adjustment for savings rates could also be topping out.”

Did the markets overreact?

The Fed penciled in three rate hikes for 2019 during the September Federal Open Market Committee meeting. But Powell’s speech seemed dovish, suggesting to investors that there may not be as many rate hikes next year as planned.

But Powell didn’t necessarily say that would be the case.

“Being close to neutral doesn’t necessarily mean that the Fed is close to done,” says Robert A. Brusca, chief economist of Fact and Opinion Economics. “The market reacted to his statement about how close it is to neutral, but he didn’t say ‘and our objective is to get the funds rate to neutral,’ right? He did not say that. So that’s the sense in which I think that there may have been a bit of an overreaction.”

Perhaps the markets needed some good news after the volatility in October?

“So I think there are a number of ways you can look at what Mr. Powell said and conclude that it was not really much meat on that bone, but the market was really, really desperate for something to chew on,” Brusca adds.

Economists still expect the Fed to raise rates again in December. The Fed signaled that that’s a strong possibility in the minutes from their most recent FOMC meeting. But there does seem to be some uncertainty about the pace of interest rate hikes moving into next year.

Consumers, however, shouldn’t get comfortable. Credit card holders and those with home equity lines of credit should be trying to get a handle on their debt.