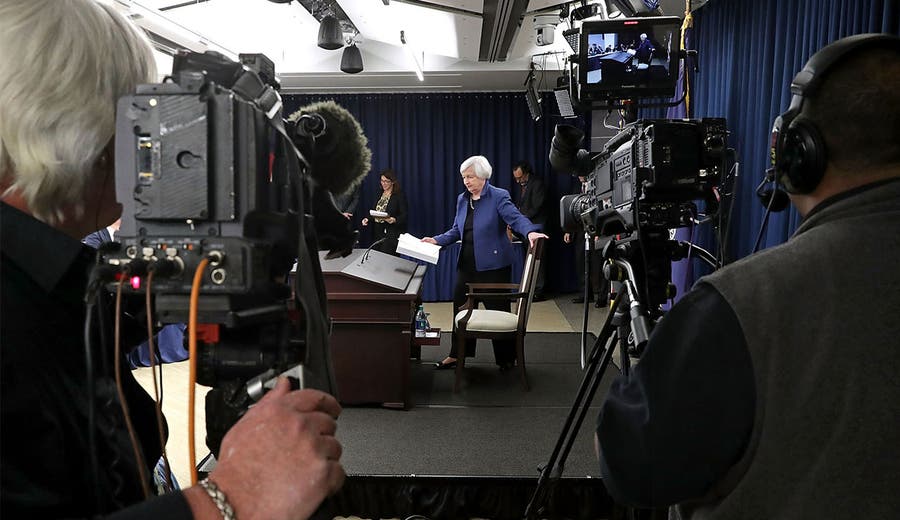 Longer term, the Fed remains on track to raise rates once more in 2017 and is expected to boost rates a number of times over the next couple of years.

Along with the direction of rates, the direction of Fed Chair Janet Yellen has been making headlines. President Donald Trump reportedly might nominate someone else for the job after Yellen’s four-year term ends in late January. Pressed on the point during her congressional testimony this month, Yellen said she hadn’t given thought to the question of serving another term.

The front-runner to replace Yellen

Gary Cohn, head of the National Economic Council and former Goldman Sachs president, is reportedly in line for the nomination. Confirmation would pluck Cohn from the tumult of the Trump White House and place him in one of the most powerful positions in the world.

Yellen, nominated as chair by then-President Barack Obama, has presided as the economy has continued to heal with help from historically low interest rates. The unemployment rate has been below 5 percent for over a year, and the stock market has rallied.

Critics suggest Yellen should have pressed for more aggressive monetary policy, including an earlier winding down of the Fed’s $4.5 billion balance sheet and a higher path for the federal funds rate, boosted four times from the record-low levels targeted during the financial crisis and Great Recession.

Even so, it isn’t clear whether Yellen — who turns 71 in August — wants more time on the job.

Risks await the next Fed chair

If Yellen does leave her post, she may be getting out at the right time. The next Fed chair, whoever it is, faces a possible recession and stock market pullback. While both events are difficult to predict, history suggests their inevitability. And that could mean new problems for the Federal Reserve.

The current economic expansion is more than 8 years old. Few economists predict a big acceleration from here; in fact, just the opposite.

“As the domestic economy continues to tread water at a 2 percent-ish growth rate, the risk is not that we head to 3 percent from here, but down to 1 percent or lower,” says Lindsey Piegza, chief economist for Stifel.

What this all means for your money

Whether it is Yellen, Cohn or someone else leading the Fed next year, the best bet right now is that interest rates are headed higher over the next couple of years.

If you’re carrying variable-rate debt, double your efforts to pay it down. Apply for a 0 percent APR balance transfer credit card; it will give you time to pay down your credit card debt interest-free.

Add to your emergency fund to recession-proof your savings. While savers will have to wait to see a substantial improvement in rates on CDs, savings accounts and money market accounts, the need for emergency savings is paramount. If you don’t have an emergency fund, compare savings accounts to find one offering a great yield, and then start funding it.

If you’re looking to buy a home, lock a mortgage now. Mortgage rates don’t always move in the same direction as the Fed, but mortgage rates remain near historic lows, so take advantage of them while you can.