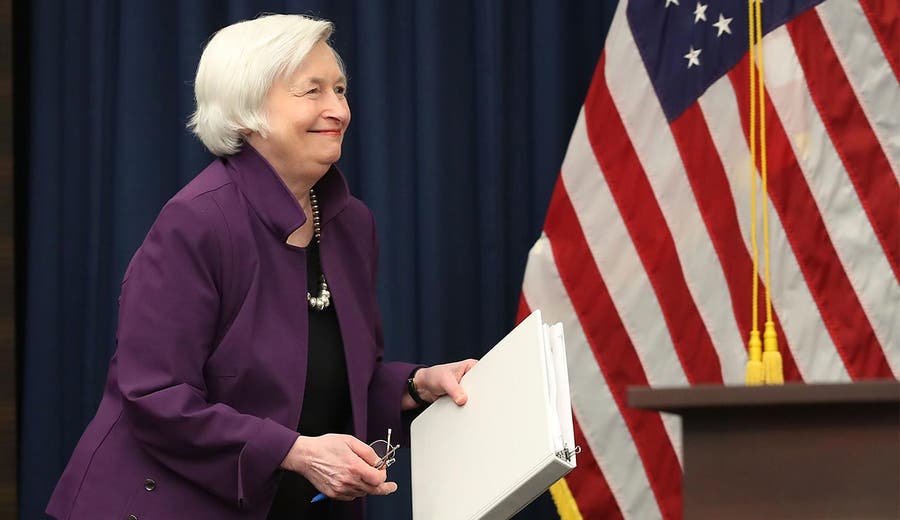 Your credit card issuer or home equity lender is about to bump up your interest rate again, as Federal Reserve Board Chair Janet Yellen and her colleagues have raised a key short-term rate for the third time since December.

The Fed on Wednesday hiked its benchmark federal funds rate a quarter of a percentage point, to a range of 1 percent to 1.25 percent. The prime rate will rise to 4.25 percent from 4 percent. Most credit cards and home equity lines of credit are linked to the prime rate, so the rates on those will rise a quarter-point, too.

As interest rates rise, this is a good time to reduce credit card debt or move it to a lower-rate balance transfer card.

And, you can still get a good deal on a home equity line of credit, or HELOC.

Find out how soon the Fed’s rate hike will affect you.

This Fed rate hike was expected, and in fact had been considered a certainty, according to the CME FedWatch Tool. Financial markets will take it in stride. You can think of this rate increase as the Fed’s seal of approval on the economy’s progress.

“The Committee continues to expect that, with gradual adjustments in the stance of monetary policy, economic activity will expand at a moderate pace, and labor market conditions will strengthen somewhat further,” says the announcement from Fed policymakers.

One member of the Fed dissented: Neel Kashkari, who wanted to keep the federal funds rate unchanged. Kashkari is president of the Fed bank of Minneapolis.

Policymakers still expect one more rate hike this year. “Compared with the projections made in March, the median path for the federal funds rate is essentially unchanged,” Yellen said, during a news conference.

In an effort to push long-term rates interest higher, the Fed says it will start shedding the Treasury bonds and mortgage-backed securities it bought up to help stimulate the economy following the financial crisis. It plans to reduce its massive balance sheet gradually, beginning later this year.

Normally, the Fed raises interest rates to combat inflation. But inflation has been tame — at least, it’s been low by the Fed’s favorite measurement. That gauge is called core Personal Consumption Expenditures, and it was up just 1.5 percent in the 12 months ending in April.

The Fed wants inflation to rise higher than that — to about 2 percent — because rising prices encourage us to spend now rather than wait. That dynamic spurs economic growth. But by raising short-term rates, the Fed is blowing a gentle headwind against the economy.

So there’s more to this increase than the effort to keep inflation under control. Bob Frick, corporate economist at Navy Federal Credit Union, describes this hike as “another step toward normalizing short-term interest rates and to signal that the economy is doing fine.”

Frick says the Fed also may be trying to cool off financial markets, particularly the bond market.

The effect on mortgage rates

“Long-term rates, i.e., those that are likely to influence mortgage rates, are mostly unchanged,” he says. “This suggests that the markets are not in full agreement with the Fed’s outlook for future rate hikes.”

Once the central bank begins shrinking its holdings of U.S. government debt and mortgage bonds, that will have the effect of pushing upward on long-term interest rates. It means rates on 30-year mortgages almost surely will rise later this year.

Rates will still be low by historical standards, but now is a good time to shop for the best mortgage deal.

The central bank will wind down its asset holdings by reinvesting less money in bonds from the principal payments it receives as its bonds mature.

The Fed’s moves may not please homebuyers, home equity borrowers and credit cardholders, but rising interest rates aren’t bad for everyone. Here’s a snapshot of Fed winners and losers.