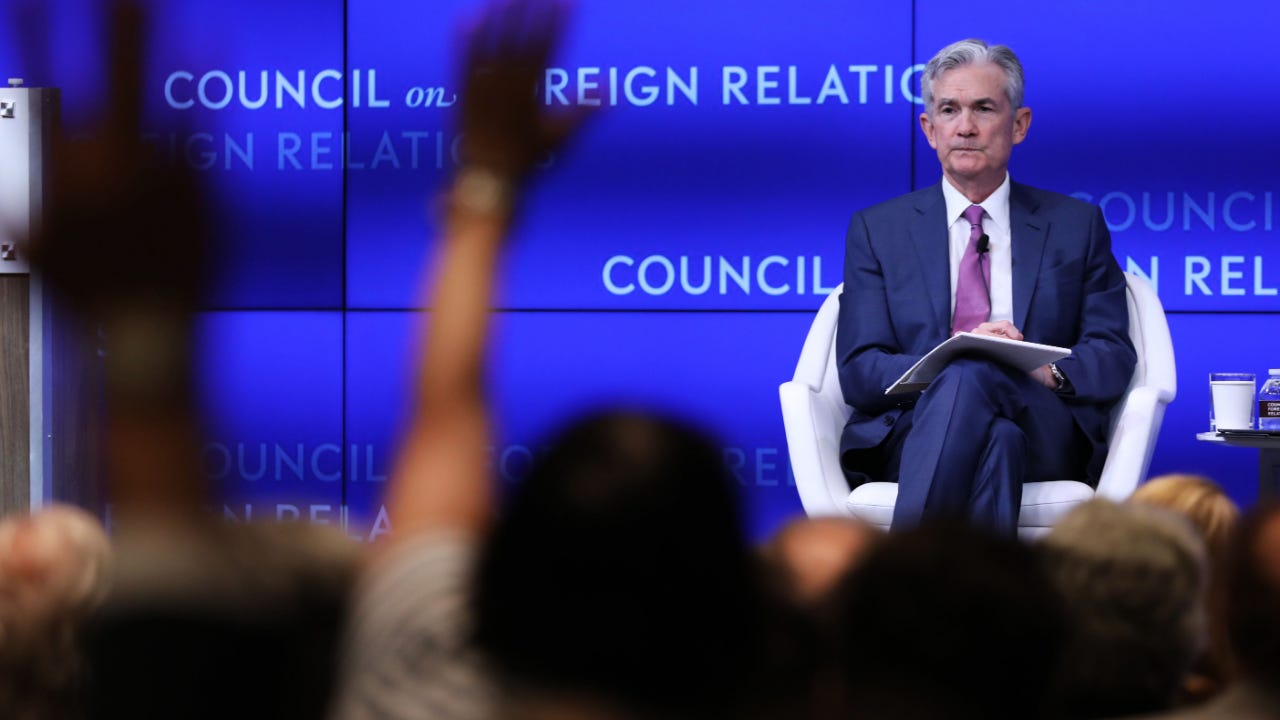 Federal Reserve Chairman Jerome Powell on Thursday again refrained from steering the markets away from the expectation that a rate cut is coming, suggesting central bankers are all but poised to follow through.

Powell told members of the Senate Banking Committee — including Chairman Mike Crapo (R-Id.) and Ranking Member Sherrod Brown (D-Oh.) — that crosscurrents have “re-emerged” and are building, amid weak inflation, softening global growth and trade uncertainties. Powell reiterated that the U.S. central bank wants to use its tools to keep the mostly strong economy intact.

“It’s very important that this expansion continue as long as possible,” Powell told members of the Committee. “The U.S. economy is in a very good place, and we want to use our tools to keep it there.”

They’re similar to remarks delivered Wednesday during his testimony to the House Financial Services Committee, when he said that “manufacturing, trade and investment are weak all around the world.” Powell also told lawmakers in the House that a trade truce between the U.S. and China, as well as a stronger-than-expected June jobs report, hadn’t changed the Fed’s outlook at all. While continued trade talks are a “constructive step,” they don’t erase some of the other longer-term concerns.

“The bottom line for me is that uncertainties around global growth and trade continue to weigh on the outlook,” Powell said. “In addition, inflation continues to be muted. Those things are still in place.”

Stocks rose with the Dow breaking above 27,000 for the first time in its history.

[READ: Facebook’s Libra currency — here’s what it is and how it will work]

Powell again Thursday faced questioning from lawmakers regarding the Fed’s independence. The president has been jawboning officials over the past year, first for hiking interest rates supposedly too far and too fast and then for not cutting rates sooner. President Donald Trump reportedly also explored ways of firing Powell from the post or demoting him to a Fed governor, Bloomberg News reported.

Powell said Wednesday that the “law is clear” that he has a four-year term and “fully intends to serve it,” adding that he would not leave his post even if the president told him he was fired. Sen. Pat Toomey (R-Pa.) told the Fed chief the next day that he was “glad to hear” the message, adding that he thinks Powell has done an “outstanding job” at taking the helm at the Fed during a complicated period of transition, from stimulating the economy to stabilizing it.

“You’ve stuck to your guns so far, but I want you to keep sticking to your guns,” said Sen. Mark Warner (D-Va.).

Powell also touched on the decoupled relationship between employment and inflation, telling lawmakers in the Senate that its correlation is “quite small these days.” It’s a continuation from comments made Wednesday, when rising star Rep. Alexandria Ocasio-Cortez (D-N.Y.) asked the Fed chief about the Phillips Curve, or the theory guiding central bankers for decades that suggests low unemployment will push up inflation.

“Low unemployment will drive wages up, and higher wages will drive inflation, but we haven’t reached that point,” Powell said. “In many cases, the connection between the two is quite small these days.”

Low inflation is a concern for Fed officials because it gives them less firepower during downturns. Price pressures have remained stubbornly below the Fed’s 2 percent target for much of the expansion, even though the unemployment rate is at its lowest level in nearly 50 years.

“That will show up in lower interest rates, which will give the central bank even less firepower to react, and we see that that road is hard to get off of,” Powell said Wednesday. “It’s quite important that we fight” to keep inflation at the Fed’s 2 percent target “and use our tools to achieve that.”

Powell, however, suggested during the Fed’s post-meeting press conference in May that weak inflation could prove to be temporary, deeming the factors holding it down as “transitory.” Price pressures as judged by the consumer price index — a closely watched measure of inflation in the U.S. economy, though it’s not the gauge that U.S. central bankers prefer — rose by 0.3 percent between May and June and by 2.1 percent from a year earlier, according to a report from the Labor Department on Thursday.

Powell’s final hearing of the year comes less than 24 hours after the Fed released records of its June 18-19 policy meeting, which noted that “many” officials said a rate reduction in the “near term” would be warranted, should the uncertainties surrounding the outlook linger.

Powell confirmed in his testimony that they still are, three weeks after the Fed’s last meeting.

“It appears that uncertainties around trade tensions and concerns about the strength of the global economy continue to weigh on the U.S. economic outlook,” Powell said in prepared text for delivery at the Senate.

In questioning from Sen. Jack Reed (D-R.I.), Powell justified the market’s expectations that a rate cut could be coming, even though the economy is in a self-described “very good place.”

“We do see an economy that’s in a good place, but what we see is a number of things that are weighing on the outlook,” Powell said, adding that many colleagues now see the case for “more accommodative policy.”

It’s safe to assume that interest rates — as well as U.S. economic activity in general — might be at their peak, says Mark Hamrick, Bankrate’s senior economic analyst. That comes with different implications for your wallet, whether you’re a borrower, saver or investor.

“That’s a tough pill to swallow for savers, who have been largely forgotten during the recent era of record low rates. Returns on savings, on average will likely head lower,” Hamrick says. “But it’s something of an unexpected gift for borrowers and investors.”