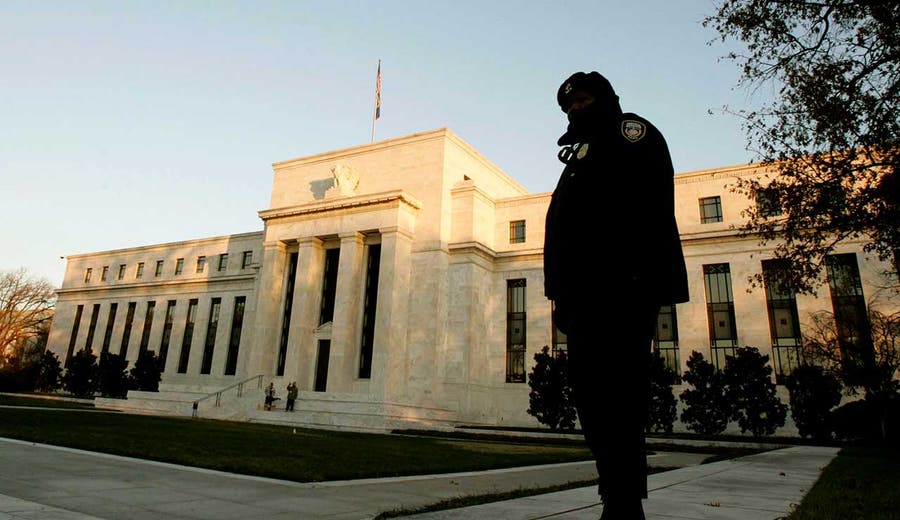 The Federal Reserve’s latest move is a win for savers and a wake-up call for borrowers grappling with high-interest debt.

Following a two-day meeting, the central bank’s rate-setting panel voted Wednesday to raise its benchmark interest rate to a target range between 1.5 percent and 1.75 percent. The decision was unanimous (in December there were two dissenters, who were concerned that inflation was too low).

The federal funds rate increased by a quarter percentage point and variable-interest rates tied to the prime rate will increase, too. If you’re carrying a balance, it’ll cost more to pay off your credit cards and home equity lines of credit (HELOCs).

This was the first interest rate hike of 2018 and the sixth one since December 2015. Following Janet Yellen’s departure, this was also the first FOMC meeting led by new Fed chair Jerome Powell.

Two more rate hikes are expected in 2018. For 2019, it’s anticipated that short-term rates will rise three times, rather than two as initially projected.

“It’s a short honeymoon for Powell as the new Fed chair, with the committee raising interest rates at his first meeting at the helm,” says Greg McBride, CFA, Bankrate.com’s chief financial analyst. “Even though economic gains moderated, in the Fed’s view, the outlook has strengthened. Translation: More rate hikes are coming. The committee is evenly split between 3 rate hikes or 4 rate hikes in 2018.”

Why the Fed lifted rates

The economy is still going strong. The unemployment rate is low (4.1 percent) and U.S. employers crushed economists’ expectations by adding 313,000 jobs in February, versus the anticipated increase of 200,000 jobs. The Fed has increased its forecast for GDP growth. In 2018, the economy is expected to expand by 2.7 percent, rather than 2.5 percent as projected in December.

Meanwhile, the January jobs report indicated that average hourly wages in the past year had risen at the fastest pace since June 2009. The news left investors concerned about inflation and sent shockwaves through the markets, resulting in an increase in bond yields and a stock market correction, as major market averages fell more than 10 percent from recent highs.

“We’ve been overdue for that type of market volatility,” says McBride. “We’d been almost two years without a stock market correction.”

Although wage growth is improving, it’s still slow. And even though inflation currently remains below the Fed’s 2 percent target, the central bank raised short-term interest rates in part to keep the economy from eventually becoming too hot.

“Recent strength in economic data and in the labor market gives the committee more confidence that inflation is on its way up to 2 percent,” says Steven Friedman, BNP Paribas Asset Management’s senior economist. “With that in mind, it’s in their interest to remove any remaining accommodation because down the road come 2019, they may have to target a restrictive policy stance in order to prevent an overheating.”

The Fed is also trying to renormalize interest rates so that they can respond to a crisis, if necessary, says Eric Donovan, managing director in over-the-counter forex and interest rates, with INTL FCStone Markets.

New kids on the block

Yellen isn’t the only person who has recently left the FOMC. In addition to a new Fed chair (note that Powell has actually been on the committee since 2012), there are several new voting members.

The shift in the makeup of the Fed’s rate-setting committee—and the fact that there are some openings—could potentially result in a faster increase in short-term interest rates.

Today’s rate hike won’t be the last one you’ll see in 2018. That means borrowers need to eliminate debt before it becomes more costly.

“Variable-rate debt is going to continue to stick out like a sore thumb. So you need to be aggressive about paying it down,” McBride says. “Credit card debt, home equity lines of credit, adjustable-rate mortgages—you need to address those now.”

If you’re burdened by credit card debt, consider low-rate balance transfer offers, McBride says. If the biggest thorn in your side is a HELOC, see if you can refinance into a fixed-rate home equity loan. Or look for another one that lets you pay down debt at lower rates.

Investors, buckle up and prepare to face additional volatility. Making impulsive moves in reaction to what’s happening in the markets generally isn’t a good idea. But according to a recent Bankrate survey, investors have shown that they’re capable of keeping a cool head in the midst of volatility.

“If you hang in there and better yet have the discipline to buy more during a market pullback, you’re ultimately rewarded for that,” McBride says. “The biggest thing for investors is just to resist the urge for any knee-jerk reactions that can have negative long-term consequences for your financial standing.”

Better days ahead for savers

Banks, particularly those who operate online, have been steadily raising rates for savers since last year. Fed rate hikes don’t immediately cause yields tied to savings accounts and certificates of deposit (CDs) to rise, so additional boosts in interest rates for depositors may take time.

“The top-yielding, nationally available savings account yields have jumped from 1.5 percent to 1.85 percent since the last hike in December. With this rate hike and more to come, the arms race will continue and savvy savers stand to benefit,” says McBride.

Consumers looking to earn extra interest should be doing some comparison shopping.