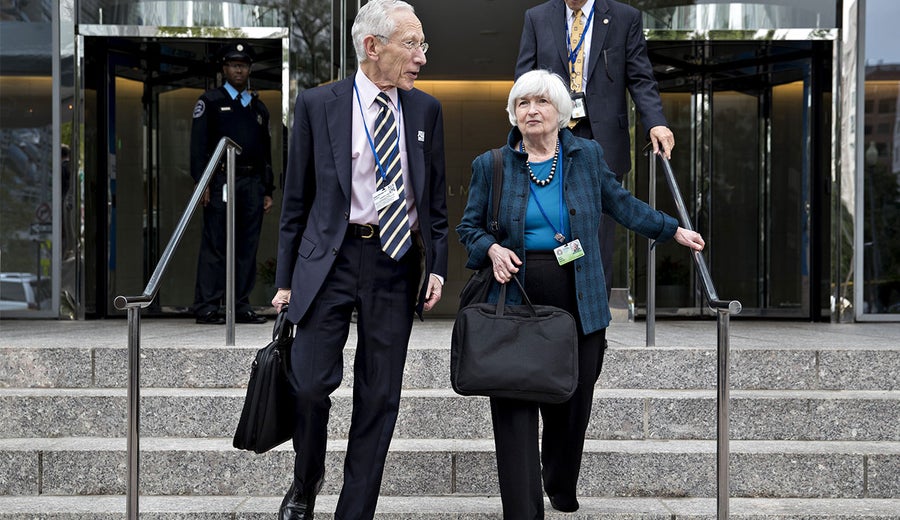 There won’t be any time for apple-bobbing when Federal Reserve policymakers sit down on Halloween to start a two-day meeting.

The officials have lots of questions to work through as they ponder whether and when to raise interest rates again.

Futures markets aren’t expecting a rate hike this time but see it as a virtual sure thing in December. That means you should start taking defensive action now — like looking for a zero-interest balance transfer credit card.

Here’s a look at questions Fed policymakers are likely to consider this week.

1. Why not raise rates right now?

The central bank isn’t likely to boost its benchmark federal funds rate this week because it doesn’t want to shock financial markets with a surprise rate hike.

The government reported late last week that the economy grew faster-than-expected over July, August and September, despite hurricanes Harvey and Irma. Though that’s the kind of news that might argue for a rate hike sooner rather than later, officials would feel more comfortable waiting until December.

The Fed will want to “hold off at least until it sees the numbers from October,” says William Spriggs, chief economist to the AFL-CIO.

If we’ve heard it once, we’ve heard it too many times to count: The Federal Reserve wants to see inflation hit 2 percent. Trouble is, it continues to fall short. The Fed’s favorite inflation gauge (you won’t be tested on this, but it’s the price index tied to PCE, or personal consumption expenditures) has been stuck around 1.5 percent through much of the year, before a recent tick up.

Ryan Sweet, director of real-time economics at Moody’s Analytics, notes that cheaper cellphone plans, “muted” increases in prescription drug prices, lower energy costs and cheaper air fares all kept a lid on inflation during the first part of the year, but that may not continue.

The Fed’s “dual mandate” is to maintain stable prices and high employment. The central bank has now basically checked off the box for boosting employment: The nation’s jobless rate slipped to 4.2 percent in September, below what Fed considers the long-term trend.

Federal Reserve Board Chair Janet Yellen’s four-year term is up early next year. President Donald Trump is expected to announce soon whether he wants to reappoint her or name someone else to head the Fed.

Yellen has been widely respected, including by Republican senators who confirmed her nomination. Over her term, the financial standing of American consumers has continued to improve, and the stock market has rallied.

Experts note that even if the president replaces Yellen and makes further appointments to open board seats, the Fed will continue to operate by consensus.

5. Isn’t the stock market getting bubbly?

In September, Yellen told reporters, “Certainly, we are taking account of movements in asset prices in evaluating the appropriate stance of policy.” That’s Fed-speak for, yes, we’re keeping an eye on the stock market (and rising prices for other things, like housing).

But if the central bankers felt strongly that they needed to do something about the sizzling stock market, we would have seen interest rates rising much more sharply by now.

“Rising rates can make access to capital more difficult and more expensive, which will impact the bottom line of households and business,” says Lindsey Piegza, chief economist with Stifel.

However, if rates continue to rise, consumers will also see more generous returns on their savings, through higher CD rates and higher rates on traditional savings accounts.

Stock prices benefited as central banks around the world cut interest rates and bought up trillions of dollars in bonds and other assets. As the Fed shifts those policies into reverse, stocks will become more primed for a pullback — which would be normal under any circumstances.

Paying down your debt is generally a good idea, particularly when interest rates are expected to head higher.

Saving — whether for retirement, college, a rainy day or an emergency — needs to happen, regardless of rates of return.

And, stock prices move up and down just like the temperature. Making a plan and sticking to it is more important than trying to ride day-to-day volatility.