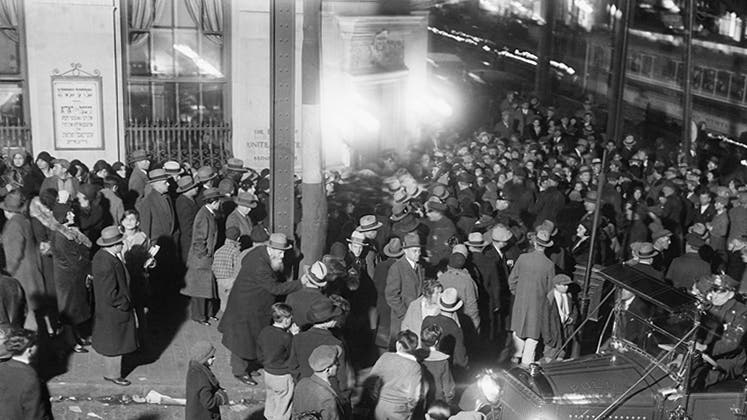 Imagine waking up to news that your bank is closed for the week, your daily cash withdrawals are limited to less than $70, and your savings might be converted to a new currency before you have a chance to access your account again.

Birth of a bank run

Last week, Greek leaders failed to reach a deal with their country’s creditors, instead announcing a referendum on all the concessions the country would have to make to extend its long-running bailout.

Greek account holders, worried their Euro-denominated savings would be endangered by an exit from the eurozone, flocked to ATMs, which were quickly emptied out. On June 28, Greek regulators announced the country’s banks would remain closed until July 6 to avoid a full-scale bank run, and that transfers of cash out of the country would be limited.

But what is a bank run? And could something similar to what’s happening to Greece happen here?

A bank run is when a large number of a bank’s account holders show up at branches — usually spooked by some negative news and fearing the bank is going under — and try to withdraw all their money at once.

“They say to themselves, ‘I better take out my money, too, because money is going to be doled out on a first-come, first-served basis,” says Ross Levine, Willis H. Booth chair of banking and finance at the Haas School of Business at the University of California, Berkeley.

Think of it as a less fun, high-stakes version of musical chairs for account holders, except instead of ending up without a chair, you end up without your life savings.

Bank runs are contagious and hard to stop

Even worse, bank runs can be contagious, quickly spreading from truly broke banks to banks that are perfectly solvent. During panics like the Wall Street crash of 1929, healthy and shaky institutions alike were besieged by account holders demanding their money back.

“The problem with bank runs is it can cause a breakdown of the entire (banking) system, even though there’s no hard evidence of a bank being insolvent,” says Levine. “You can have a perfectly solvent situation, everything is going OK, and for some reason people get nervous, and all of a sudden the system can come crashing down.”

Once a bank run gets going, even a healthy bank can have a hard time stopping it because just giving everyone their money right then and there usually isn’t an option.

Banks don’t keep everyone’s money sitting in a giant vault somewhere ready to hand out when depositors ask for it. Instead, they’re taking consumers’ deposits and using them to make longer-term investments, such as loans to consumers and businesses, so they can make money — and pay depositors interest.

“Many depositors line up to take out their savings from a bank, but the bank, as it normally does, makes investments that cannot be turned into cash quickly enough to satisfy all of those savers immediately,” Levine says.

Thankfully, bank runs are rare in the U.S. these days, and we’re facing nothing like the unholy mix of currency worries and sovereign debt crisis that’s driving Greek account holders to grab as much cash as they can from banks across that country.

Even runs on individual banks are very rare because of the deposit insurance offered by the Federal Deposit Insurance Corp., or FDIC. The National Credit Union Administration, or NCUA, offers deposit insurance for many credit unions. Backed by the “full faith and credit of the U.S. government,” that insurance pays back account holders when their bank or credit union can’t.

“To the extent that people are confident in the government, even if their bank is insolvent, they don’t feel any rush to go take out their money,” Levine says. 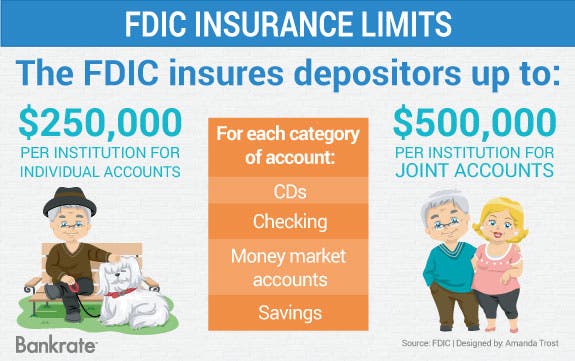 Another reason we don’t have many bank runs is heavy supervision of banks.

Bank regulators such as the Office of the Comptroller of the Currency, or OCC, and the Federal Reserve are constantly monitoring banks’ financial condition, ready to step in if they start to look too shaky, says David Barr, a spokesman for the FDIC.

When that happens, “the chartering authority — OCC or individual states — will close a bank and appoint the FDIC as receiver,” Barr says.

There were some incidents during the financial crisis that could be called bank runs, depending on your perspective, Levine says.

For instance, there was a run on money market mutual funds, or MMFs, that ended with the federal government stepping in to guarantee their value. While MMFs aren’t technically deposits, and have never been covered by FDIC deposit insurance, they were often used as a safe and convenient place to stash excess cash, similar to a savings account. 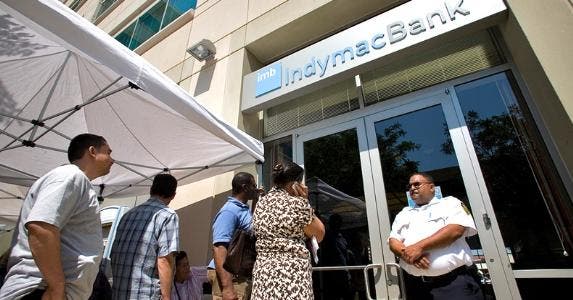 And then there was the case of IndyMac Bancorp Inc. in Pasadena, California, which had an old-school bank run in 2008, complete with dwindling piles of physical cash and long lines around the block. The run began after Sen. Chuck Schumer, D-N.Y., wrote a letter criticizing the bank’s lending practices and questioning the bank’s solvency. Depositors responded by withdrawing more than $1.3 billion within 11 business days after the letter went public, according to Bloomberg.

In fact, bank members don’t typically find out their bank is insolvent until after it’s been taken over by the FDIC, usually after business hours on a Friday. The branches typically reopen on Monday under new ownership, while ATMs and online services remain available through the transition.