On Wednesday, Congress cleared the final version of President Joe Biden’s $1.9 trillion coronavirus stimulus package. The bill, once signed into law as soon as Friday, would boost all major joblessness programs that were created nearly a year ago under the CARES Act for a little more than 25 weeks and provide Americans with an extra $300 in each check. The bill also includes provisions that would limit jobless Americans’ tax burden, particularly if they were unaware that they should’ve been withholding levies from their weekly unemployment checks.

Here’s everything you need to know about how unemployment benefits work under Congress’ massive follow up to the CARES Act, including: how long those benefits last, how to make sure you take advantage of those tax breaks and what you should do next if you’re a jobless worker.

The CARES Act created two new temporary unemployment programs as the labor market underwent a massive upheaval during the coronavirus pandemic, all of which will now run through Sept. 6 for more than 25 extra weeks: the Pandemic Unemployment Assistance (PUA) program and the Pandemic Emergency Unemployment Compensation (PEUC) program.

Which one you’re utilizing will mostly depend on how long you’ve been unemployed and what kind of worker you’re classified as. If you’re a gig economy or contract employee, you’ll be utilizing the PUA program, along with 7.3 million total Americans, according to the Labor Department’s latest figures.

Another near 4.5 million Americans are participating in the PEUC program, which is available for those who’ve exhausted their state’s weekly unemployment benefits.

Taken together, the PUA program will now last for a total of 79 weeks, rather than the originally allotted 50-week limit. PEUC program claimants would be allowed up to 53 weeks of benefits, rather than 24. Both were originally set to expire on March 14, after a second extension under the supplemental $900 relief package from December.

How much in weekly unemployment benefits will I receive?

A third CARES Act-backed program — the Federal Pandemic Unemployment Compensation (FPUC) — boosted Americans’ weekly checks. If you’ve been jobless since the pandemic first roiled the U.S. economy, FPUC is what once got you an extra $600 in your weekly check last spring. Currently, the program is dishing out an extra $300 each week.

Under the American Rescue Plan, the supplemental boost won’t increase (previous iterations of Biden’s plan included a $400 boost), but all Americans who qualify for unemployment would be eligible for this extra top-up payment.

Those extra payments will last for a total of 53 weeks, until Sept. 6, after originally being set to expire on April 12.

How much you’re paid in your regular state’s benefits depends on where you live and how much you earned as a full-time or gig employee. The average weekly benefit across all of the U.S. for the 12 months ending in January 2021 was $318.87, which doesn’t include the extra top-up payment, according to the Labor Department. Some states pay less than that. The maximum weekly benefit amount in Mississippi, for example, is $235, a country-wide low.

Nearly a quarter of the labor force at one point brought in income from unemployment benefits, opening themselves up to a complicated 2021 tax filing season.

But the American Rescue Plan will lower some of that tax liability: If your adjusted gross income is less than $150,000, the first $10,200 in benefits payments won’t be treated as taxable income.

As of right now, that break is only for 2020, meaning Americans might still want to make sure they’re withholding taxes on any benefits they’re receiving in 2021. Meanwhile, if you’ve already filed your 2020 tax return, it’s unclear whether you’d have to submit an amended return or follow another procedure as determined by the IRS. Americans should stay tuned for more details in the coming days, after Biden signs the package into law.

The labor market has considerably improved since the start of the pandemic, though unemployment is still nearly two times as high as before the outbreak began. Employers have recovered only slightly more than half of all positions lost during the coronavirus crisis.

All of that shows just how challenging finding a job may be in the months ahead, underscoring the importance of applying for unemployment insurance (UI) as soon as possible and taking other prudent financial steps to safeguard your wallet. Those steps include cutting back on discretionary spending and ramping up your emergency savings.

While unemployment benefits provide relief to some of the U.S. economy’s most vulnerable, hard-hit Americans can find more help through a third round of stimulus payments and an expansion of the child tax credit (worth $3,000 a year for children between ages 6 and 17 and $3,600 for each child younger than age 6). 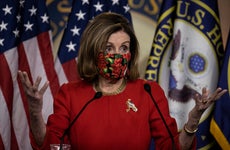 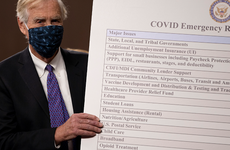 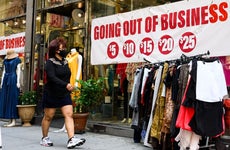 $300 unemployment boost: Which states are paying it and how long it will last 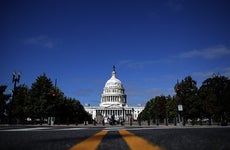