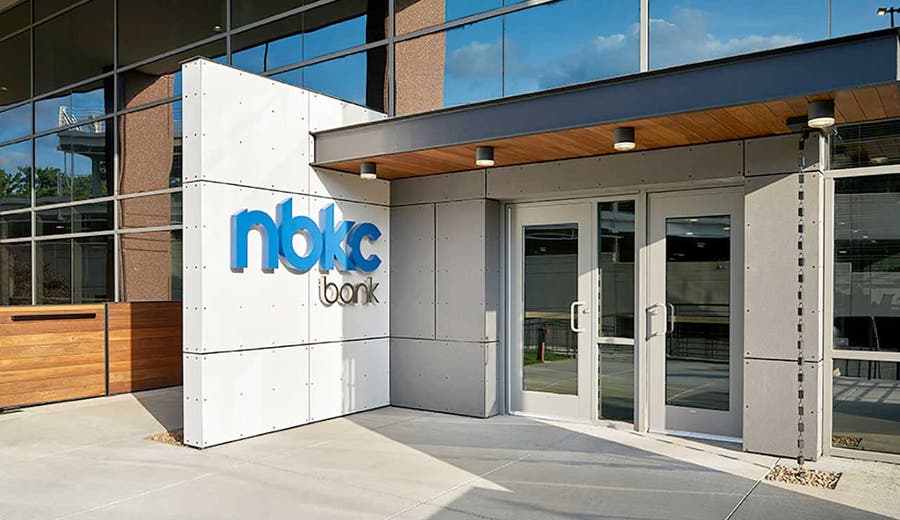 The market for deposits is red hot at the moment, and banks are offering higher rates on savings accounts and CDs than they have in years. This is one consequence of a very strong lending market, as customers rush to lock in low rates while they can.

As banks compete for depositors, they are no longer just going after potential customers where they have branches, they’re going national.

The way people bank has changed significantly since the last time rates were on the rise. Back in the day, online banking existed but it wasn’t nearly as robust as it is now. One reason: Smartphones didn’t exist yet.

But there are some things that haven’t changed, like rate chasers. Ken Thomas, president of  Community Development Fund Advisors, says people like seniors in Florida have long followed rates. They used to look for ads in their local papers and drive around to compare rates at various bank branches in their community. That has given way to using online searches, including comparison sites like Bankrate.com, to shop for top rates.

“The people who used to clip coupons out of the paper are now pulling up deals on their smartphones,” says Thomas, who lives in Miami. “They are rather savvy with the internet and smartphones, and they are very rate conscious.”

At the core of these developments is the ability to open accounts digitally. Banks of all sizes are working to make their deposit products more accessible outside the branch. Some of the difficulties are technological, but it’s largely a regulatory issue. Banks are held to strict laws pertaining to knowing their customers, and many have tread carefully in determining how to know customers when they aren’t face-to-face with them.

It’s not just community banks that are using technology to reach a national audience. Chase began rolling out a digital application for its deposit products at the end of January, with the intention of making them accessible to people across the U.S. Historically, in order to open a Chase checking or savings account you had to visit a branch in one of the 23 states where it operates. (It has offered its borrowing products digitally for several years.)

For community banks, it makes sense to use the investment in digital applications to free themselves from the constraints of geography. In other words, if you are going to make it easier for people to avoid coming into your branches, why continue to see yourself as a bank only for a specific community?

“Offering online and mobile account openings, from our perspective, expands the branch network,” says Melissa Eggleston, chief deposit officer at NBKC Bank in Kansas City, Mo. NBKC began offering its deposit products digitally in September 2017 and is now in the midst of a nationwide campaign. It is also planning to roll out digital account openings for business accounts in the coming months.

How to go national

One of the most common ways for banks to go national via an online strategy is by adopting a separate brand. Banks using this strategy include MUFG Union Bank and its PurePoint Financial division; Republic Bank & Trust Co. and its MemoryBank startup; and Customers Bank and its BankMobile unit.

“Some are just trying [this method] because they don’t want to risk what they already have,” says David Eads, CEO of Gro Solutions, a tech company that helps banks offer applications online.

Darien Rowayton Bank is taking an interesting approach. This Connecticut-based community bank launched a national business several years ago refinancing student loans. Initially called DRB Lending, the business has gone on to offer mortgages and personal loans through a national platform, and has been renamed Laurel Road. The bank will soon merge all of its brands under the Laurel Road name, and is planning to add deposit products to the national platform this Spring.

The bank is counting on its existing borrowers to be interested in its deposit products.

“Many of our customers, especially on the student lending refinancing side, are just starting out and we want to grow with them,” says Kaitlin Walsh-Epstein, director of marketing at Laurel Road. “We are absolutely not limiting ourselves to existing customers, but they have a sense of who we are and we have confidence in our brand and recognize the cross-selling opportunities.”

Others are just going live with a specific offering. Wintrust Financial in Chicago, for instance, is starting to market its MaxSafe CD  to a national audience after years of only offering it to people in the Chicago area and parts of Wisconsin where it operates. MaxSafe is for those with deposits that exceed the FDIC’s $250,000 threshold. Wintrust operates 15 banks, and it divvies up your cash at each to give you up to $3.75 million of coverage in what operates as one account.

Nothing wrong with second place

Many of these national pushes are focused on CDs or savings accounts. The banks are not focused on becoming the primary institution for someone on the other side of the country.

“Many of them are completely loaned out and so they are trying to raise deposits where they can,” Eads says. Still, they might try to woo you and maybe turn someone on the hunt for yield into a multi-product customer who loves their bank across the country.

“A lot of banks want to be the primary relationship, as do we, but there is also an opportunity in being the secondary bank,” Eggleston of NBKC says. “Maybe it is a secondary checking account or some special purpose account, but it is a chance for us to earn their business, and the first step is letting them do everything they need to do from the comfort of their homes.”