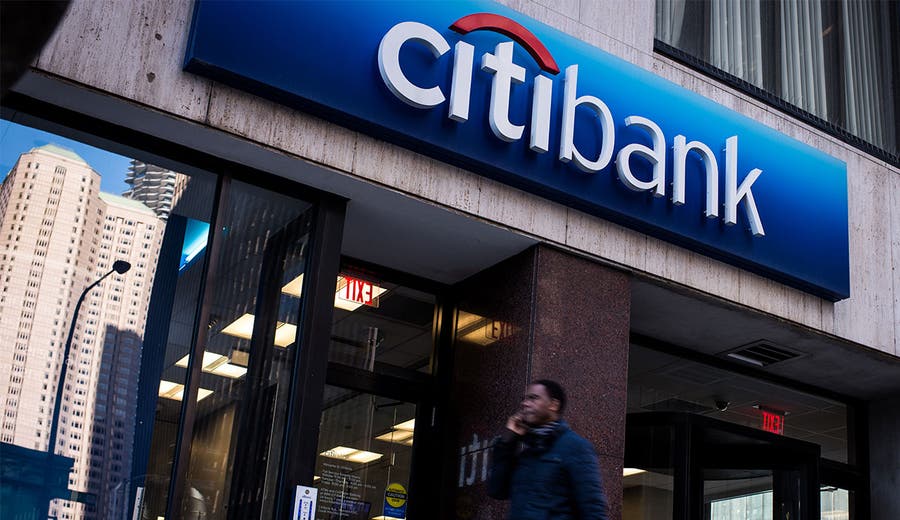 Citibank is turning to its customers to help test a potential new feature that would give you a full picture of your financial health.

This might not sound like such a big deal if you’ve been using the personal finance app Mint for years. But Citi’s initiative is not a trivial move, because until now banks have tended to take a head-in-the-sand approach to the customer’s relationships with other financial players.

Essentially, people have turned to third parties for technology that unifies their financial lives because banks have largely been unwilling to accommodate data from beyond their own businesses.

Even at the experimental phase, Citi is marking itself as a standout among the largest banks with this test.

In December, Citi announced the launch of Canvas, a community that would allow consumers to experiment with new products and services Citi is considering for widespread use.

Citi customers with deposit accounts or credit cards who use online banking can apply here to join Canvas. Customers can opt in or out of the community at any time. By joining, customers may be selected to participate in one or more pilot product. Each pilot will be tested by a targeted segment from the community, according to a Citi spokeswoman.

Citi will take the feedback from each pilot product and either tweak it, walk away from it or roll it out to their entire customer base.

If you are underwhelmed by your bank’s fintech offerings, here is a chance to play an active role in shaping the future of digital banking.

A global view of your money

In early 2018, the Canvas community will begin testing account aggregation. Customers will be able to view their data across their various banking accounts, and Citi promises to deliver insights and solutions to improve the user’s financial health, a spokeswoman for the bank said. Users will be able to segment their transactions between wants and needs, and set up financial goals.

The list of other large banks that let you import the data from your other accounts is short: BB&T, HSBC and USAA, according to Dan Van Dyke, a managing analyst at Business Insider Intelligence. (USAA exclusively serves members of the military and their families.)

Such services have two components, both of which have proven to be contentious, but evolving, topics in banking.

First, there is the data. In order for a tech solution to gain a full view of your finances, it needs to be able to see all of your accounts. Facilitating this sort of global view depends upon greater data openness that often leaves banks uneasy.

Third-party apps often require users to share their banking account credentials in order to use their services. Banks are not a fan of this technique, but have been slow to adopt better technology that would allow other companies to pull the selected information needed for apps, while restricting unfettered access to accounts. This is changing, however, as banks like Chase, Capital One and Wells Fargo strike data sharing deals with companies like Intuit, the owners of Mint.

There is also a change happening globally as the concept of open banking takes hold. At its core, open banking is the acknowledgment that consumers don’t rely on one institution for all their financial needs, and that institutions can better serve their clients if they make it easier for them to navigate their different relationships.

Customers, particularly young adults, want more openness, Van Dyke says. Business Insider Intelligence research found that 46 percent of those between the age of 18 and 22 see the ability to view all of their accounts in one mobile banking app as an important feature in choosing a bank.

Secondly, there are budgeting tools. Banks and budgeting apps have a checkered past. Over the years, banks have experimented with various financial insight tools, but they have largely been ignored by customers.

It’s too simple to say that customers weren’t interested. Failure to drive adoption of budgeting tools can be attributed to various factors, including where banks placed them on their websites and the shift from balancing checkbooks to reviewing your online account ledger.

Banks have been short-sighted in execution, too, says Bradley Leimer, managing director and head of fintech strategy for Explorer Advisory & Capital. They often overlook the opportunities that would come from giving their customers a full picture of their finances. For instance, a bank might be able to offer a personal loan if they saw that a client was paying down balances on several credit cards every month or suggest a savings account or a CD if a client had excess cash in a checking account. If several users had the same cell service provider, they could potentially negotiate a better group rate, too.

Account aggregation “is something that more institutions should do,” Leimer says. “They think it’s hard, but it’s really not.”

Change is coming, but do you want it?

The tides seem to be changing. Personal financial management has been buzzing for the last few years as customers adopt more fintech apps, awakening banks to the value of data and providing real-time insights.

Canada’s TD Bank reports that it has 1.3 million active users of its MySpend feature, which launched in April 2016. Wells Fargo and Chase are adding features or rolling out standalone products aimed at helping people better manage their money. (Their lack of account aggregation is a common criticism of such efforts, however.)

Perhaps you’re wondering whether you really want to give a financial behemoth financial a clear picture of your checking accounts, savings accounts and your debts? Maybe you’d prefer to get financial insights from an outside third party?

If that’s the case, there are a plethora of independent apps, each with a particular bent. Clarity Money will help you uncover long forgotten subscriptions and will cancel them for you. MoneyLion uses augmented reality to help you visualize money. Mint is the granddaddy of the space.

But there are advantages of choosing the big banks, if they figure out how to offer budgeting tools in a way that resonates with customers. Security is a big one: While every company connected to the internet has the potential to be compromised, a firm the size of Citi has a massive budget dedicated to protecting itself. Budgeting apps take security seriously, too, but they don’t have the resources of Citi. Also, your bank already has your data, so that means one less entity that has your personal information.

Another advantage: While banks take advantage of your data to offer you tailored products and services, they make money the old fashioned way, by charging interest on loans. Besides fees and ads, third-party apps usually make money by selling your data.