What to expect from your failed bank 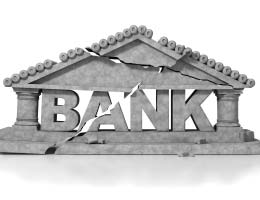 What if my bank fails?

More than 150 American banks have failed this year as of Dec. 17, and more bank failures are expected as the financial crisis continues. But the government’s takeover of a failed bank has been a standard operating procedure for some time.

“History is pretty clear,” says Gary Evans, president and CEO of Palm Desert National Bank in Palm Desert, Calif. “Insured accounts are either paid out soon after a bank closes or the account is assumed by a purchasing bank. The FDIC website states that no insured account has ever lost money.”

Even though the Federal Deposit Insurance Corp., or FDIC, has developed a well-oiled process for taking over failed banks, the news of such a takeover can be disconcerting to the bank’s customers. A failed bank doesn’t mean your money is lost. But what can you expect? 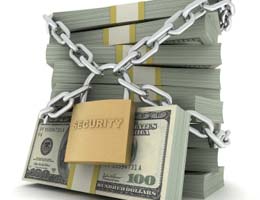 If you have a checking account or savings account at a bank that fails, your deposits are insured by the FDIC up to $250,000. If your savings account at that particular bank contains more than $250,000, the portion beyond that amount is not insured.

For customers with insured balances, expect that you may have no access or limited access to funds for a few days while the FDIC completes the takeover of the bank. “This can be disconcerting, but the FDIC keeps it to a minimum,” says Kenneth Alverson, managing director at New York-based Novantas LLC, a consulting firm to the banking industry. Often, the disruption occurs only over a weekend, with the old bank closing business Friday and the new owner taking over by Monday morning.

Checking customers will likely need to order new checks from the new institution, but usually their old checks and debit cards will continue to work for a certain period of time, usually a few months. The only other roadblock savers may experience is “if you want to close the account and move it to another bank after the event happens, it can take longer because of all the paperwork,” Alverson says. 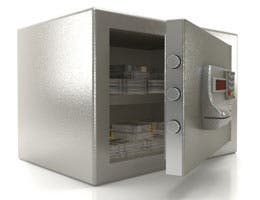 If you own a certificate of deposit held at a failed bank, your account is insured up to $250,000 by the FDIC. Time deposit CDs will still mature at the same time as your original agreement because it is a legally binding agreement, Alverson says.

Evans says CD owners need not do anything special, but should certainly watch the mail for notices. “Sometimes an acquiring bank will lower the rate,” he says. “If the bank is closed out, depositors will be sent a check, generally within a week.”

There are different types of money market accounts, and many consumers don’t realize theirs may not be insured by the FDIC, says Erika Safran, a Certified Financial Planner with Safran Wealth Advisors LLC in New York. One type, which is called a money market account, is more like a savings account and earns interest at a rate set by the bank. It usually limits the customer to a certain number of transactions within a stated time period and is insured by the FDIC up to the $250,000 limit.

However, another type of money market, called a money market mutual fund, is usually comprised of investments in short-term CDs or securities, such as Treasury bills and government or corporate bonds. They are debt investments held by mutual funds rather than bank deposits, and as such are not FDIC-insured.

For owners of insured money market deposit accounts, your funds may be unavailable or inaccessible for a few days, but then you can expect business as normal, Alverson says. However, interest rates could change when the new owner takes over.

For uninsured money market mutual funds, “the money is still there,” but you may have to wait longer to get it, Alverson says. “It depends on who buys the bank and whether they integrate that business or sell it to another institution.” 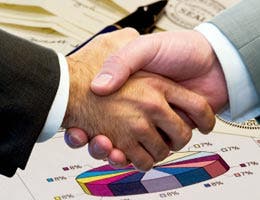 Most fiduciary accounts, which are accounts that are owned by one party but managed by another, are insured by the FDIC up to $250,000. These include escrow accounts; Uniform Transfers to Minors Act, or UTMA, accounts; Interest on Lawyer Trust Accounts, or IOLTA; and brokered accounts.

If you are the beneficial owner of one of these types of fiduciary accounts, you will not be contacted by the FDIC about the bank’s failure and transfer of ownership, says Ken Carow, professor of finance and associate dean at the Indiana University Kelley School of Business.

“This is because these accounts are on the failed bank’s records in the name of the fiduciary, not the individual owner,” he says. “The FDIC does not have access to ownership information, and therefore will not contact individual depositors. It is the responsibility of the broker or other fiduciary to initiate a claim.”

With these accounts, you will likely have to wait to find out if the new bank owner will service these accounts or sell them to another entity. Also, “on these accounts, the depositor may need to prove the beneficiaries,” says Evans.

You must still pay off your bank loan 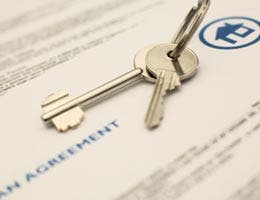 Bank loans held by a failing institutions are typically sold to the takeover bank or another entity, but borrowers are still responsible for fulfilling their loan agreements. “A lot of people think, ‘The bank was sold, so I don’t have to pay my loan,'” Alverson says. “But that’s not true.”

As the bank’s business is transferred to the systems of the new owner, you may not receive a bank loan statement for a while. “But it will get caught up eventually, so you definitely need to keep paying,” Alverson says. “You may get a payment holiday for a short time. But that’s the exception, not the rule.” 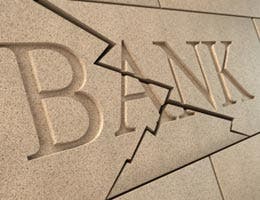 For information about banking, check out these stories at Bankrate.com.