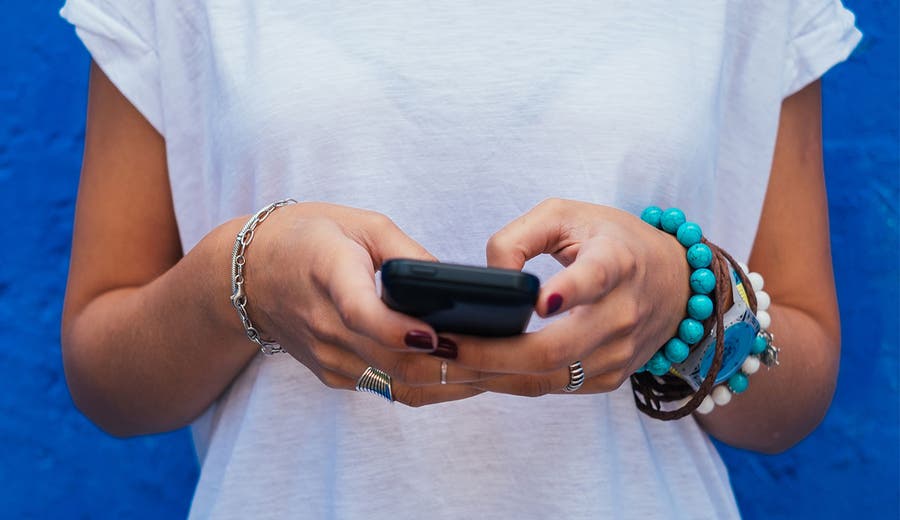 The more you use your mobile banking app, the more likely you are to love it.

That’s one of the key findings from a study released by J.D. Power in early June. For the second year in a row, the company looked at how satisfied customers are with their mobile apps.

Mobile banking app usage is higher than it’s been in the past. Among retail bank customers, 43 percent report using their bank’s mobile app within the past three months.

“We’re seeing some of the large banks now crossing into the 50 percent plus range,” says Bob Neuhaus, senior director of financial services at J.D. Power. “That’s up substantially over last year where we saw numbers at a comparable time in the mid-30s for mobile adoption.”

For the second consecutive year, Capital One’s mobile banking app ranked highest for overall customer satisfaction. Out of 1,000 points, it received a score of 888. The ease of navigation and the app’s appearance rated highly with customers, Neuhaus says.

“We are constantly listening to our customers and working to add new features as well as enhance current features,” says Ron Secrist, head of online and mobile banking at Capital One.

“We have focused heavily on making sure that our app is the most convenient tool for managing your finances, as good as having one of our bankers with you all the time.”

USAA was excluded from the ranking because of its unique military family membership requirements that did not meet J.D. Power’s award criteria. The other banks in the study serve a general population. Paul McAdam, J.D. Power’s senior director of regional banking, added that some members may have no choice but to use a digital banking channel, which could skew the results since active mobile users are more likely to be more satisfied with their mobile apps.

Still, USAA technically received the most points in the study (905). It scores very well across all satisfaction measures, McAdam says.

“Our primary goal is to deliver experiences to our members that are easy to use and help to facilitate their day-to-day financial activities,” says Phil Leininger, vice president of omnichannel sales and service for USAA Bank. “We want members to have the same experience within the USAA app that they would have if they walked into one of our financial centers or spoke with one of our exceptional member services representative.”

USAA’s app scored higher than other banking apps in another report released by Forrester Research. Analysts who reviewed apps provided by seven of the largest banks in the country determined that USAA was a clear leader in mobile banking.

J.D. Power recognized that while customers are more satisfied with their mobile banking apps, fewer than 80 percent fully understand all of their features and functionalities.

“I think consumers in some ways may be just scratching the surface of what the full capabilities of the app can do,” Neuhaus says. “The banks that are going to do better are the ones who were using their frontline employees both in branch or the call center to help coach customers on the features and functionalities, help get them comfortable using those features and that will pay off. The customers who understand mobile and who more actively engage with it — use it more frequently — have higher satisfaction.”

Wannemacher agrees. He acknowledges that while there are mobile-savvy consumers, a growing number of customers need help understanding how to use their mobile apps.

“The thing is we’re seeing banks do OK, but what they could do even better is tutorials, and how-to content and often how-to content should be in the form of video,” Wannemacher says. The majority of banks around the world still don’t offer video content on their mobile apps even though it is valuable to an important group of customers.”

Get the most from your banking app

If you don’t understand how to use your mobile banking app, ask questions. And if you’re looking for a new checking or savings account, make sure you compare digital offerings just as you would compare mortgage rates and CD rates before filling out a new account application.

Neuhaus also recommends going into a branch and meeting with a digital ambassador who can give you a better sense of the digital services a particular bank provides and show you how use its mobile app. And Wannemacher says some banks let consumers see a demo of what it would be like to have an account at that bank and use its mobile app before you commit to becoming a customer.

“Look around at what banks offer on their apps,” Wannemacher says. “Most Americans have multiple financial relationships, so if you have one for savings and one for protecting credit, look around at what they offer because there’s more differences than you may realize.”