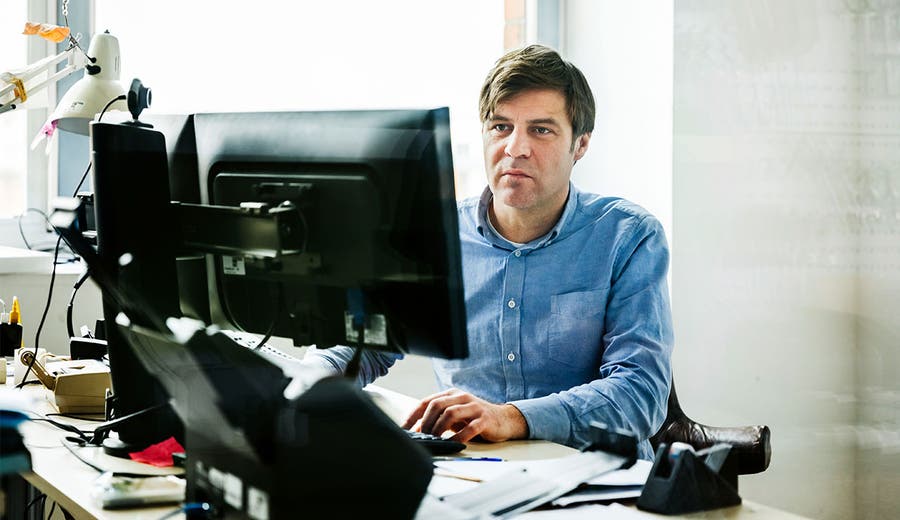 It’s something startups have been doing for years: partnering with financial institutions to offer you digital checking, or digital banking, accounts.

But for a number of direct banks, or online-only banks, checking accounts are not on their product menu. Instead, online banks like Marcus by Goldman Sachs, Citizens Financial Group’s Citizen Access, MUFG Union Bank’s PurePoint Financial and Emigrant Bank’s DollarSavingsDirect are vying for your deposits with savings, money market accounts and CDs.

It makes sense: Checking accounts are a tougher sell. Such accounts will not pay you much, if any, interest. And they require you to do work, like switching where your paycheck hits and updating your automatic bill payments, when you open them.

But this week, Barclays flipped the script when it told the Financial Times it will roll out an online-only checking account sometime in 2019 in the U.S. While details on the upcoming product are scarce, it could signal a trend of more direct banks breaking into the checking account business at a time when competition continues to intensify and interest rates are rising.

For you, it ought to mean more checking account options to consider in the months to come. Whether they are compelling enough to inspire you to go through the hoops of setting up a new bank account and give up branches remains to be seen.

Why checking accounts are more interesting than you think

“You put money in and take money out of it,” says Raja Bose, a global retail banking consultant leader at Genpact. “That’s about it.”

But for banks, these accounts are valuable. Checking accounts provide banks with all kinds of transaction data — the kind of intel they could monetize to, say, sell you a mortgage. Plus, if they win you over with another product, they’re also deepening ties with you that could result in a longer-term relationship.

“It’s like a tree root,” says Ben Gaddis, president of T3, an innovation agency. “The more roots you have, the harder it is to rip out.”

Moreover, checking accounts are also a low-cost way for banks to cheaply fuel their loan growth as interest rates continue to rise.

It speaks to a much larger trend, too: Competitors are multiplying all over the place. Bigger fintech players are preparing to compete for your business with their versions of a digital bank account. Big banks, like Wells Fargo and JPMorgan Chase, also offer mobile banking offshoots.

“They are all getting into the game,” Bose says. “They are starting to realize there is a market for these digital-only banks.”

Your habits are driving a large part of this trend. Already, you do all sorts of tasks digitally, including shopping online and paying back friends, so why not only bank online, too?

“People are getting used to mobile first,” says Kevin Travis, executive vice president and co-head of the advisory group at Novantas.

Will they provide enough value for you to switch accounts?

For you, it means more product options from neobanks, fintech companies, traditional banks and direct banks. But whether the newer digital bank accounts are enough to win you over remains to be seen.

“At the end of the day, they just want it to be easy,” Gaddis says.

The burden is on the bank to show you the value. While digital banking is improving all of the time, opening new accounts still requires work from you, and many of us aren’t eager to take on chores when we don’t have to.

Case in point: Regulators in the U.K. have been pushing for various ways to make it easier for consumers to switch their accounts. But, the uptick to change bank account providers hasn’t been great so far.

In choosing an online-only account, you’d also have to give up something: a branch. You may not want to do this even if you are digitally savvy. According to a Genpact report, 57 percent of those surveyed say speaking with someone in branch makes it easier to open a new account.

On the other hand, checking accounts are getting a face-lift for the digital age. Numerous startups and some big banks believe the digital accounts they are pitching you will help you manage your money in smarter ways at a time when most of us lack savings. Some accounts promise overdraft fees, require very low minimum balances and come stocked with all kinds of features designed to help you improve your financial health. It’s all part of recognizing how money is changing.

“What banks are finally starting to realize is that the value that they provide is dwindling,” T3’s Gaddis says. “So as money becomes more digital and more about what you can do with the money — as opposed to where it’s held — they are starting to realize they need to provide more value and more service.”

Whether they do enough is to be determined.

But for you, it could mean even more perks connected to your checking account. Some banks might start competing for your dollars by offering you more interest. It’s also possible they will dream up something compelling enough to inspire you to sign up, such as moving your money faster or plugging into other apps you like to use.