What is a certificate of deposit (CD)? 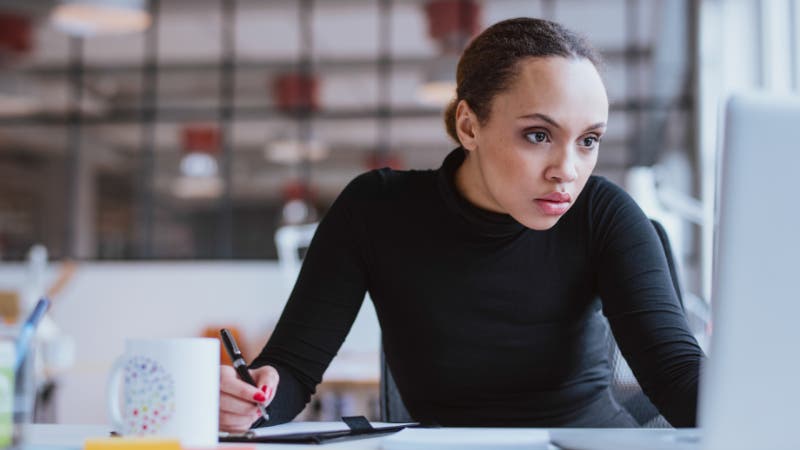 A big part of the decision to save more money is deciding where to keep the cash you’re putting away.

While a savings or money market account may seem like an obvious storage place for your dollars, another vehicle may be more appropriate, depending on your goals and time horizon.

A certificate of deposit (CD) could be a good place for your funds if you’re looking to earn additional interest and it’ll be a while before you need to access the money you’re setting aside.

A CD is an account offered by banks and credit unions. If you visit a brokerage firm, you’ll find that some offer CDs, too, from different financial institutions.

Funds in traditional CDs are tied up for a set period of time in exchange for paying a certain amount of interest. Usually, there’s a guaranteed rate of return.

The amount of interest you can earn from a CD varies depending on multiple factors. Online banks tend to pay higher rates than brick-and-mortar banks. How much interest you’ll earn also depends on how thirsty a certain bank or credit union is for deposits. Competition, changes in Treasury yields and economic conditions — like the rate of inflation — also come into play.

Long-term CDs typically pay higher yields than short-term CDs. To earn a higher yield, you’ll usually have to open a four-year CD or five-year CD. But in the current interest rate environment we’re in, opting for a long-term CD may not make as much sense.

How does a CD work?

With traditional CDs, savers can only make a one-time deposit. Then, the money locked up in a CD typically can’t be touched without triggering a penalty and forfeiting some amount of interest earned — and in some cases a portion of the money you used to fund the account.

With liquid or no-penalty CDs, however, you’re not penalized for withdrawing your money (as long as the account is at least seven days old). Add-on CDs seem like savings accounts, allowing account holders to make multiple deposits over time.

When your CD matures, you’ll typically have a couple of options: withdrawing the money or letting it automatically be rolled into a new account.

There are several benefits to investing in CDs. They generally provide a safe place for storing savings. You can often calculate how much interest you’ll earn in advance.

What’s more, savers who keep their money in CDs usually have little to lose. At the end of the term, you can expect to get back your initial deposit plus some interest. As long as you keep your money locked up until maturity, you’ll avoid the risk of losing money because of an early withdrawal.

Some types of CDs, however, are riskier than others. With a callable CD, for example, you could begin with a high yield but end up with a lower one if the bank decides to call back your CD in a declining interest rate environment. On the other hand, your CD may not be called if CD rates were to rise, meaning you would still be earning less money than others.

“Callable CDs are a ‘heads I win, tails you lose’ proposition,” says Greg McBride, CFA, Bankrate chief financial analyst. “They exist to benefit the issuer, not the investor.”

How safe it is to invest in a particular CD also depends on the financial institution offering the account. It’s always best to choose a bank insured by the Federal Deposit Insurance Corp. or a credit union insured by the National Credit Union Administration. That way, your deposit is safe if your bank or credit union has to close shop.

Another drawback to investing in CDs is that you’ll need to prepare to pay taxes on any interest that accumulates over the course of your term (even if you don’t receive any regular interest payments, as is the case with zero-coupon CDs). Taxes have the potential to significantly reduce your earnings. And regardless of whether you keep your money in a CD or high-yield savings account, you’ll be taxed either way.

When does a CD a make sense?

By opening a CD maturing in a year or less, you’ll likely earn more than you would through a standard savings account. Because there are many types of CDs, there’s a good chance you’ll find one that meets your short-term savings needs.

However, a CD isn’t necessarily the best option for everyone or every circumstance. Minimum deposits for CDs are often higher than the ones tied to savings accounts. And it all depends on what you’re trying to accomplish and how quickly you need the funds in your account. If you need the money for an emergency situation, for example, you’re better off keeping it in a savings account or money market account that’s much more liquid.

CD yields are also low compared with what you would earn by investing in bonds or putting your money in the stock market. To earn a higher rate of interest, you’ll have to aim for a riskier investment.

A CD ladder isn’t as fancy as it sounds. It simply indicates that someone has purchased multiple CDs at once that mature at different times.

Laddering CDs is a strategy that can reduce risk and allow an investor to always have access to cash because they’ll regularly have CDs maturing at set intervals. Whether you should go with a short or long ladder depends on the current interest rate environment and expectations for the economy moving forward.

There are many different types of CDs. Brokered CDs, for instance, can be found at a brokerage firm and may pay more interest than the CDs available at banks and credit unions. You could also invest in a zero-coupon CD offering a higher face value than what you originally paid. One big downside: You won’t be paid interest until your CD matures, but you’ll still be taxed annually anyway.

Other CDs offer the opportunity to earn a higher yield as time progresses. Through bump-up CDs, you can decide when to raise your interest rate. But with step-up CDs, interest rate hikes happen automatically at certain time periods during the CD term.

You won’t get to bump up your interest rate when you invest in a no-penalty CD, but you will be able to withdraw your savings penalty-free as early as a week after locking up the money. Through an add-on CD, an early withdrawal penalty applies, but you’ll get to continuously add money into the account and take advantage of a yield that’s potentially higher than the one tied to your savings account.

Two additional types of CDs to mention include jumbo and IRA CDs. Jumbo CDs are geared toward consumers with a lot of liquid savings. Minimum deposits usually begin at $100,000 for these accounts. With IRA CDs, you get to put some of your retirement savings in a CD rather than another kind of investment account.