Top short-term CDs are a hedge against higher interest rates 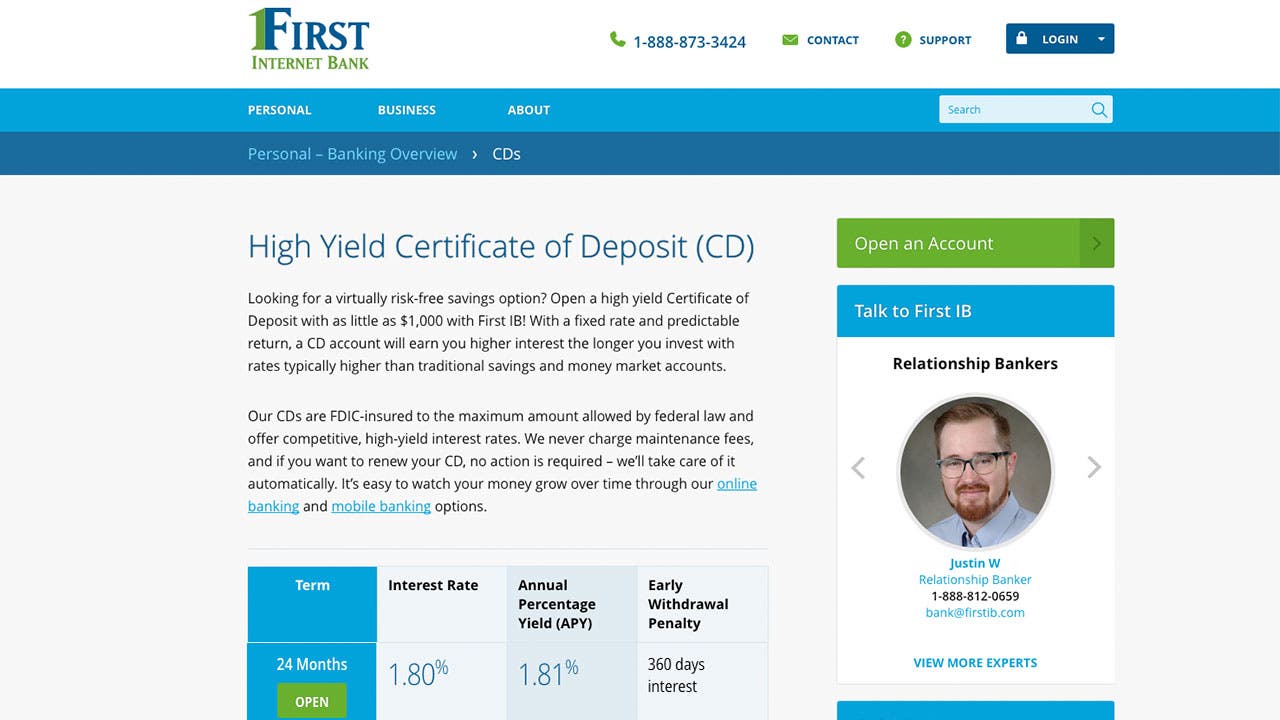 An online bank in the Midwest recently raised rates for many of its certificates of deposit.

At First Internet Bank of Indiana, a 2-year CD pays 1.81 percent APY. Among nationally available offers with fixed interest rates, that’s one of the most impressive deals of its kind.

Its minimum deposit requirement ($1,000) is much lower than the ones associated with other top CD deals. That makes it a great offer for new savers.

Calculate how much interest you would earn when your CD matures.

Who should buy a 2-year CD

A 2-year CD deal may be worth exploring, particularly for savers reluctant to buy long-term CDs.

If the Fed raises its benchmark interest rate for the third time in 2017 — which many experts predict is possible — that could prompt some banks and credit unions to increase deposit rates, which you could miss out on by locking yourself into a 4-year or 5-year CD.

How to buy First Internet Bank of Indiana CDs

First Internet Bank of Indiana doesn’t have any physical branches. To purchase CDs, savers must complete an application online or mail one to headquarters in Fishers, Indiana.

According to the bank’s website, early withdrawal penalties vary by term length. For the 12-month and 18-month CDs, it’s equal to 180 days’ interest.

The early withdrawal penalty for the 2-year CD is 360 days’ interest.

You can fund your CD by mailing a check, transferring funds from another bank account or initiating a wire transfer.

A unique feature is the ability to choose how you’ll receive the interest you earn. You can request a monthly check, transfer your interest to a checking or savings account or let it compound until your CD matures.

About First Internet Bank of Indiana

Since its founding in 1999, First Internet Bank of Indiana has given residents of all 50 states access to favorable loan and deposit rates. The bank was the first FDIC-insured and state-chartered financial institution to offer all of its services online.

First Internet Bank of Indiana earned four out of five stars on Bankrate’s latest Safe & Sound Ratings, which measures financial health of banks and credit unions throughout the United States.