NASA FCU has CD deals that are out of this world 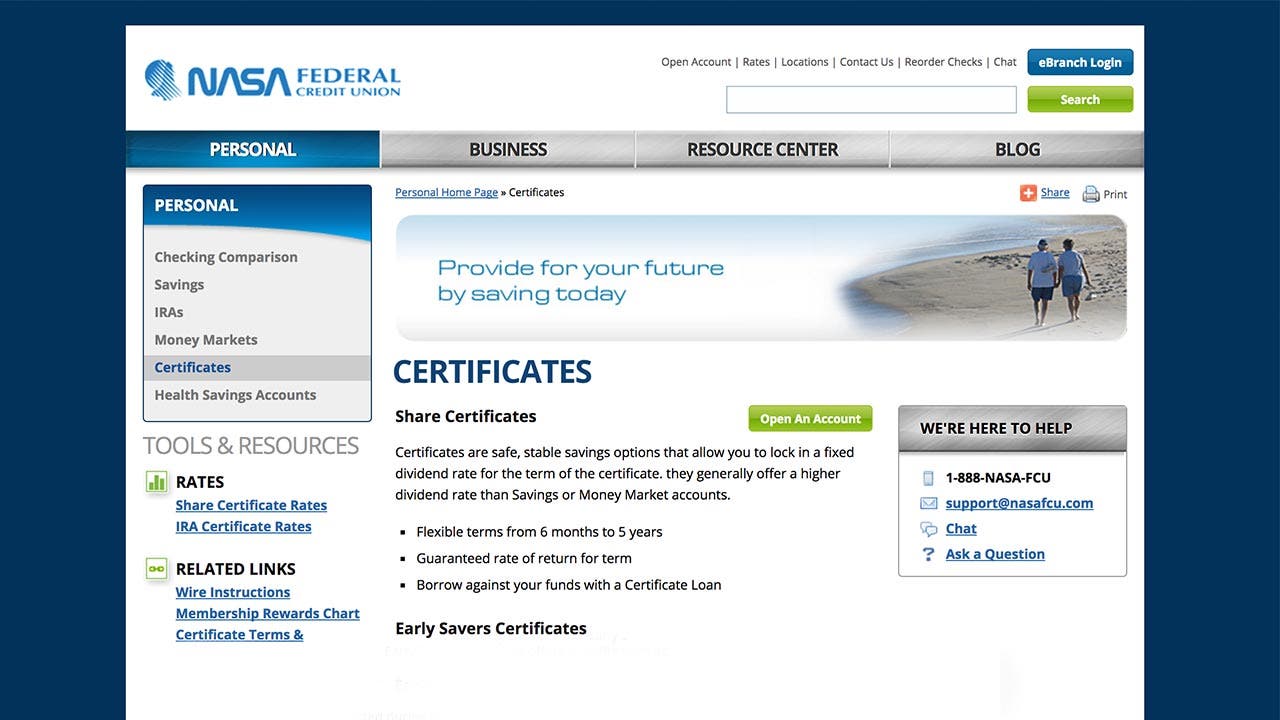 Space lovers nationwide can cash in on some impressive CD deals.

Compare this offer with other top CD rates. Then calculate how much interest you would earn when your CD matures.

Who should open this CD

Interest rates may gradually rise over the next couple of years. That makes long-term certificates of deposit less appealing for folks trying to snag the top rates.

But CDs that mature in 60 months or more typically have the highest yields.

That’s why NASA FCU’s 49-month deal is so special. You can earn nearly as much interest as you would through a 5-year CD without locking yourself into a term lasting that long.

The minimum opening balance for both CD specials is $5,000. So new savers may want to consider other offers.

Membership is open to:

Don’t fall into any of those categories? You can join by becoming a member of the National Space Society. Membership through that organization is free of charge.

Filling out an online application is easy and should take less than 10 minutes.

NASA FCU, an NCUA-insured institution that is headquartered in Upper Marlboro, Maryland, earned four out of five stars on Bankrate’s latest Safe & Sound Ratings, which measures financial health of banks and credit unions throughout the United States.