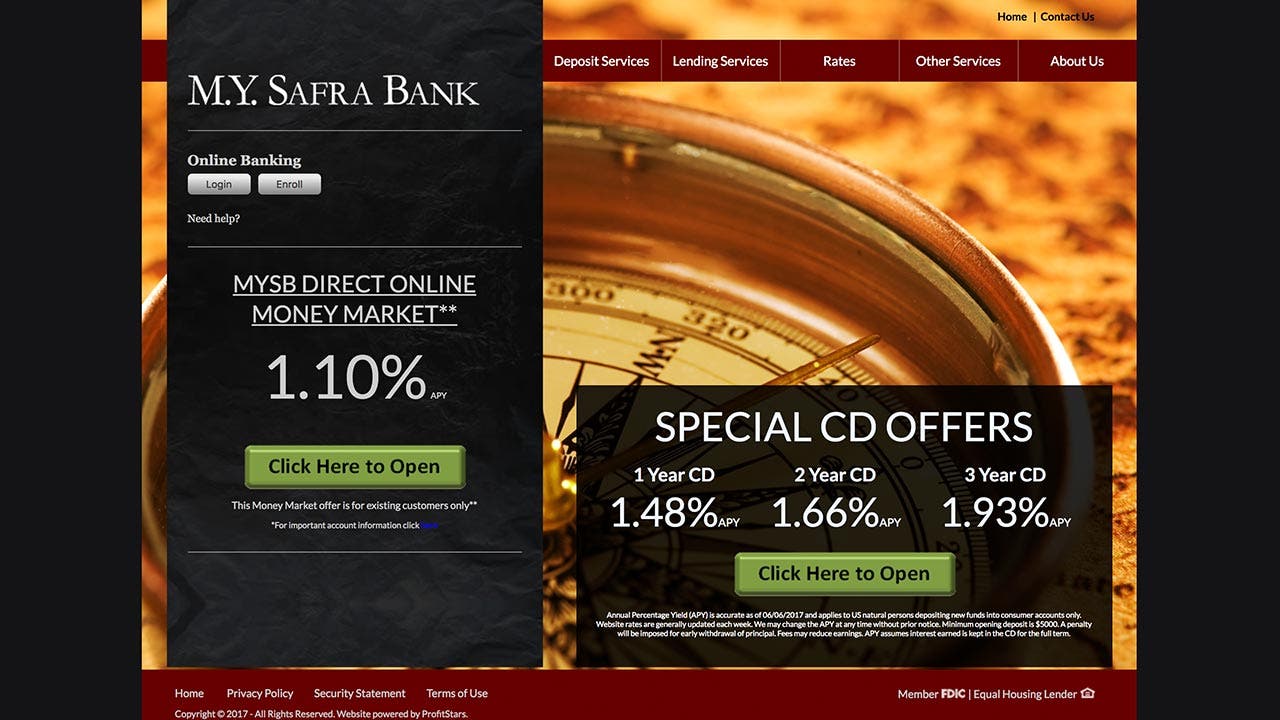 Any adult depositing at least $5,000 can qualify.

Savers concerned about a June interest rate hike could opt for the 18-month CD. If interest rates climb again — which analysts anticipate — you can cash in on another deal in less than two years.

If you’d rather have a CD with a higher yield, consider buying a 4-year CD instead. Calculate how much interest you could earn by your maturity date.

Just watch out for the early withdrawal penalty. By pulling out some of your savings before your CD matures, you could lose credited or 90 days interest (whichever is greater).

To take advantage of M.Y. Safra Bank’s CD promotions you must:

You can fund your CD through a wire or ACH transfer. The bank also accepts checks mailed to its headquarters in New York City.

Existing bank customers can only fund the promotional CDs with new money deposits.

M.Y. Safra Bank is an FDIC-insured institution with a single branch in the Big Apple. Initially established as T. Rowe Price Savings Bank, it changed its name and moved to New York in 2013.

The institution earned four out of five stars on Bankrate’s latest Safe & Sound Ratings, which measures the financial health of banks and credit unions throughout the United States.