How a CD laddering strategy can lead to big returns 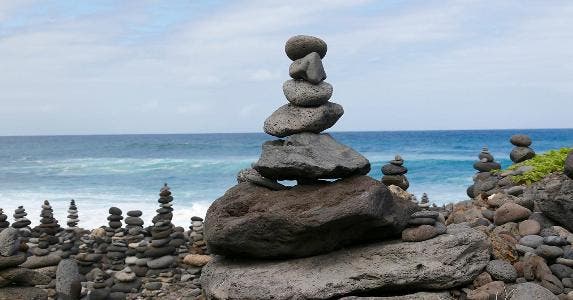 Savvy investors keep a portion of their portfolio in safer investments not subject to the ups and downs of the stock market. Many people opt for the rock-solid security of certificates of deposit, or CDs, but you don’t necessarily want to go to the bank and just ask to buy a handful of CDs. Having a laddering strategy can lead to bigger returns.

CD rates rise and fall, but in a fairly slow manner. If the economy is in a slump and interest rates are in a prolonged low-rate cycle, you don’t want to get stuck buying a bunch of long-term CDs with low interest rates.

Laddering CDs — which means buying CDs with staggered maturity dates — can help you beat lengthy low-rate cycles because it allows you to take advantage of interest rates spread over months or years while keeping some liquidity. Laddering takes advantage of the fact that the highest interest rates almost always are paid to the longest-term CDs. In other words, a five-year CD is almost always going to have a higher rate than a one-year CD.

Having a CD ladder can also be helpful when interest rates are on the rise. Laddering can provide you with enough cash for new CDs with higher yields. Shop around for the best CD rates available today.

After a year, the one-year CD occupying the first rung matures and each of the other CDs has one less year until maturity. In other words, the two-year CD now matures in one year; the three-year is two years from maturity, etc.

The money from the one-year CD that has just matured is rolled over into a new five-year CD, since you no longer have a CD maturing in five years. Every year you’re replacing the CD on the rung that’s farthest out.

By always replacing the longest maturity, which is the top rung on the ladder, you’re always reaping the benefit of earning the highest interest rates. If interest rates happen to be in a slump for one year, you’re only reinvesting a portion of your investment when yields are low. And you don’t have to try to guess when rates are at their highest because you’re constantly reinvesting.

Keep some liquid funds on the side

The most important thing to keep in mind when laddering CDs is to make sure the maturities match your cash needs. It’s no good having a 1-year CD if you have an emergency halfway into the term and are in a cash crunch because your money is tied up. You won’t want to tap into your CD because penalties for early withdrawal will squash your returns.

Make sure there’s enough cash in your emergency fund to carry you through until the shortest rung on your ladder matures. In other words, if the first rung is a 1-year CD, you need enough cash on hand for one year of living expenses.

If you don’t have an emergency fund, consider starting one with a high-yield savings or money market account.

While a five-year ladder allows you to take advantage of the best interest rates offered, your ladder could be shorter if it makes you more comfortable. The rungs should be whatever maturities suit your cash-flow needs.

In an extremely low-rate environment, it’s best to keep a ladder short. What this means is you could have a 1-year ladder with rungs every three, six, nine and 12 months, for example.

One caveat: It’s not a good idea to use callable CDs in a ladder. If interest rates drop, your whole ladder, or a portion of it, could be called.