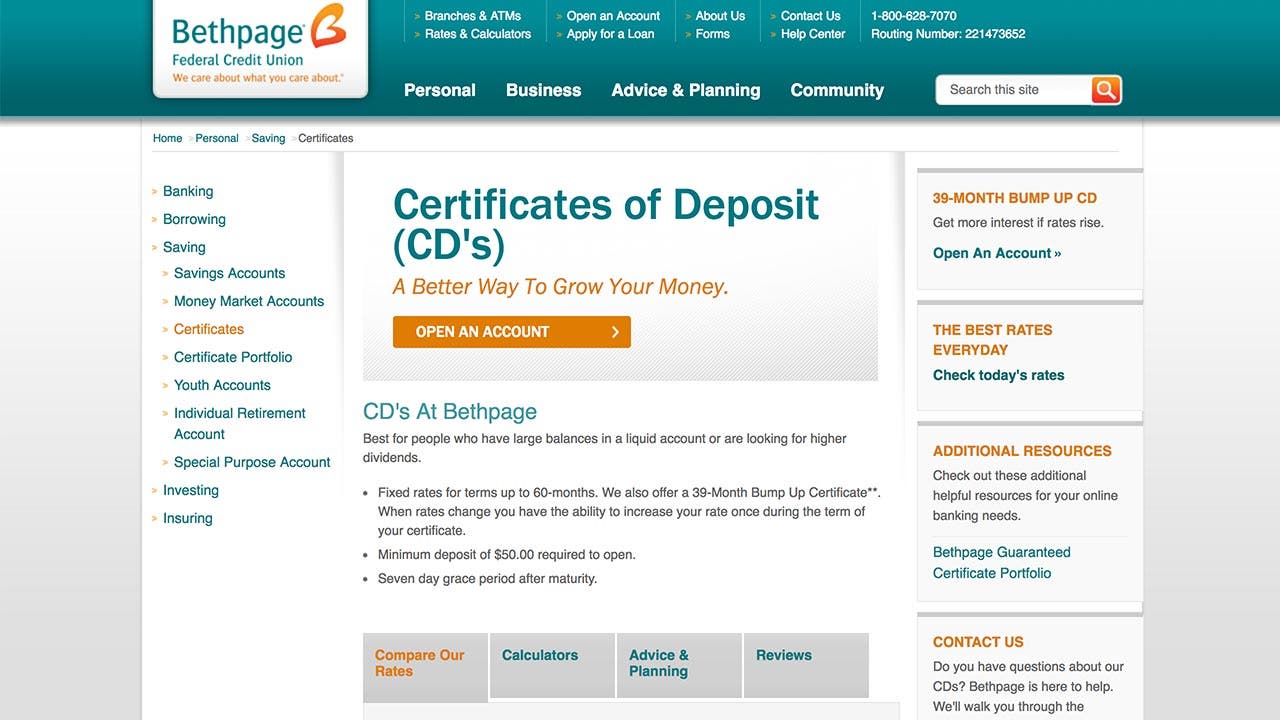 New savers can easily earn one of the best nationally available short-term CD rates, thanks to a New York-based credit union.

You can take advantage of Bethpage’s offer as long as you have $50 to invest. Calculate how much interest you would earn when your CD matures.

Why you’ll want a 2-year CD

To get the highest rate of return, savers often have to purchase 60-month CDs.

But a 5-year CD can seem like a trap, especially if you expect better deals to become available before your maturity date arrives.

With a 2-year CD, FOMO (fear of missing out) shouldn’t apply. If interest rates rise again before the year ends — which experts anticipate — you won’t have to wait long to start hunting for another great offer.

Bethpage Federal Credit Union is headquartered in Bethpage, New York. But residents of any state can join. All that’s required for membership is a savings account and a $5 minimum deposit.

Opening a CD online generally takes 5 minutes. You can also open an account over the phone or in person if you live near Long Island.

The early withdrawal penalty is 180 days’ interest at the dividend rate. You’ll lose any dividends you’ve earned that haven’t been credited to your account. According to the credit union’s terms and conditions, the penalty may apply to the principal as well.

Once the CD matures, you’ll have 7 days to claim your savings. After that, they will automatically roll over into a new certificate of deposit.

Founded in 1941, Bethpage is now the largest credit union in the Northeast. In May, it merged with Northwell Health Federal Credit Union, effectively cementing its relationship with one of the biggest health care systems in the United States.

The credit union earned four out of five stars on Bankrate’s latest Safe & Sound Ratings, which measures the financial health of banks and credit unions throughout the U.S. Deposits are insured by the National Credit Union Administration.