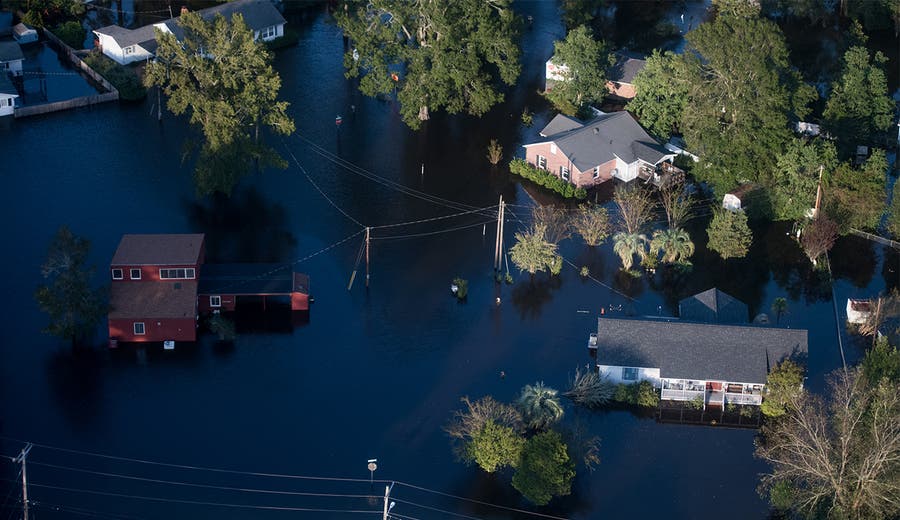 If you’ve been in the path of Florence, you may have had your banking disrupted amid the catastrophic flooding.

In the Carolinas, branches have closed, and digital banking may not work. Now, Florence, which has been downgraded from a hurricane to a tropical depression, is moving toward the mid-Atlantic and northeast.

But, the last thing you need to worry about in a storm-battered area is about paying a bill on time or incurring a fee for taking out cash at the closest ATM. So, banks with customers in the area are already trying to help you solve your money concerns caused by the deadly storm. Financial institutions are making it easier to access cash and are offering breaks on loan payments and more for those affected by Florence.

BB&T is waiving fees for when customers use non-BB&T ATMs to get cash.

The Winston-Salem, North Carolina, bank is also encouraging customers to reach out to the bank directly to talk about payment extensions or fee waivers for challenges caused by the storm.

For customers affected by Hurricane Florence, Wells Fargo will reverse late fees on lending products and ATM fees for the next 90 days. The bank is also giving breaks to business customers.

On a larger scale, the Wells Fargo Foundation is donating $1 million to support hurricane relief efforts — $500,000 of which is going to the American Red Cross. Bank of America also said on its Twitter account that it is providing $250,000 to the Red Cross.

Like the other banks, SunTrust is refunding all ATM fees and related surcharges for non-SunTrust ATMs over the evacuation period. The bank said it will not report late payments to the credit bureaus for 90 days for those customers in FEMA-declared major disaster areas.

For those needing payment relief on loans, SunTrust will provide it upon request.

PNC Bank told Bankrate that it plans to send its mobile banking units to the hard-hit areas soon. While it’s not disclosing where, the mobile units are used to provide branch services during times of severe weather or when physical branches aren’t available.

For customers in North Carolina and South Carolina, the bank said it is also refunding fees, such as overdraft fees, from Sept. 12 until Sept. 21. PNC will also refund customers who withdrawal money at non-PNC ATMs.

Waiving credit card fees, and fees on other loans, is available on request.

Several of the banks also suggest calling their numbers to tackle specific concerns:

If you have internet access, you can also visit your bank’s website and social media pages to find out important information related to the storm. You can also fire up your mobile banking app or log in to your online banking account to do financial tasks, like:

There are also ways to prepare yourself financially for the next storm. The Federal Deposit Insurance Corp.  provides resources on what to do about your finances in advance of the next natural disaster, such as signing up for direct deposit of your paycheck. Banks, like JPMorgan Chase and PNC, also provide advice.