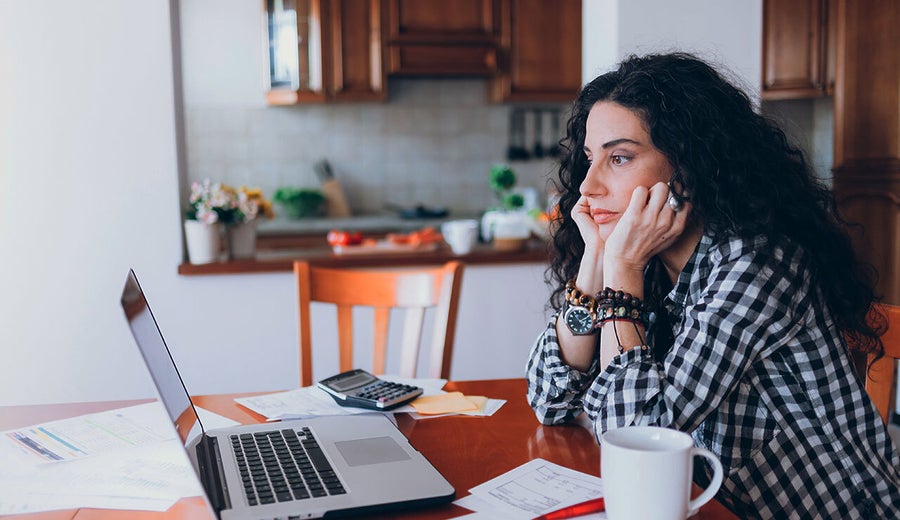 When it comes to personal finance, there are a million and one mistakes to be made, and while we’d love a do-over, it’s usually these situations that teach us the most.

And while it’s important to move past these moments, it’s also helpful to look back and share with others what we wish we had known.

In the spirit of saving you from having similar financial regrets to our team, we rounded up our top regrets and what we learned from them.

Not getting in the habit of saving sooner

My biggest financial regret is not getting in the habit of saving sooner.

When I was in college, I worked multiple part-time jobs that would have allowed me to set some money aside each month for student loans and emergency expenses. However, I didn’t save much of my money and instead spent the majority of it on late-night fast-food runs and expensive lattes. As a result, I was left with little to no savings after graduation, student loan debt and no budget.

After graduating, I learned the importance of crafting a realistic budget, opened a high-yield savings account and started growing my emergency fund. My budget still does allow for the occasional meal and coffee, but I’m much more focused on bolstering my savings and paying down my student loans. Pouring some of your income into savings will always be worth it in the long run.

Buying into the allure of dream schools

Having put three kids through college, I regret getting caught up in the excitement and expense of dream schools.

One child went to a very good public college and the other two to very expensive and very good private ones, with a fair amount of scholarship money. Who received the best education? All of them. Whether we spent $50,000 a year on tuition or $12,000, the quality of the education was great and all are happily doing what they want, two of them going on to advanced degrees.

The lesson is: Don’t equate price tags with quality of teaching or outcomes after graduation. And don’t overextend yourself financially for dream schools. College is the dream the student makes of it — the institution is not the dream.

Not taking the time to fully understand my loans

In order to go to college, I had to take out student loans. This wasn’t something I was ashamed of, but it’s something I wish I had taken the time to fully understand before committing to them.

For instance, it wasn’t until I refinanced the loans that I saw that I had an array of fixed and variable loans, which were likely a result of me quickly clicking through the terms and conditions. Not only that, but I hadn’t made any payments toward my loans while in school despite the fact that I worked throughout school. Instead, I put all of my income toward social activities and housing when putting even a little bit toward my loans could have seriously lowered my balance.

All-in-all, I’m thankful to be in a position where I have a much better understanding of my loans, but I wish I would have taken the time to understand them sooner.

Not saving for retirement sooner

Retirement seemed so far away at the time. But I regret that I didn’t start saving for retirement immediately after graduating from college.

Perhaps I thought I needed every single penny in my bank account. But I regret not saving a little bit toward retirement early on in my career. Even saving just 1 percent of my pay would have probably grown significantly over time.

I’ve since learned that I don’t miss the money I don’t see that goes directly into my 401(k). It’s never too late to start saving for retirement. And of course, start saving as early as possible.

My biggest regret is not understanding at an earlier age how investing works, and as a result, not taking steps to invest a little bit of money here and there.

I’ve always been frugal, but I incorrectly thought that investing was too risky or just wasn’t a realistic option for someone in my situation. Once I learned that frugality alone isn’t enough to build long-term wealth and that there’s a responsible way to invest, I was in! I’ve been investing for a few years now, but I wish I could go back and start sooner – like when I had a job in high school or college, or in my first couple of years in the working world – so I could set aside even just $50 every month or two.

I understand there are competing priorities for your money when you’re young, such as paying for college, contributing to the family finances, or other things. But if you have earned income and can invest even just $50 a month in an index fund within a Roth IRA, you’ll be way ahead of many Americans in your retirement savings thanks to compound interest.

Bankrate runs a survey each year asking Americans about their biggest financial regrets, and failure to save for retirement is consistently among the most common answers. Don’t let this be you! Time is your greatest asset when building wealth. Take advantage while you can.